The snow had let up when we woke up the next morning and with all the rest we got from our day of hibernation, we were ready to face the day. Bundling up to brave the cold, we headed back down to the Lower East Side to the infamous Katz’s Delicatessen. 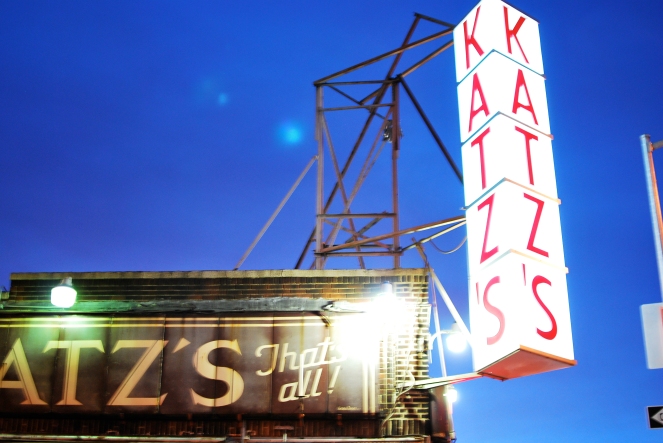 Since its inception in 1888, Katz’s remains to be a favorite to locals and tourists alike. Whipping out amazing corned beef and pastrami (just to name a few), Katz’s maintains a steady flow of followers and is the site for the infamous scene from “When Harry Met Sally“. You know which scene I’m talking about 🙂

We walked into Katz’s from the cold and were greeted with the overwhelming aromas of goodness. Again, with no line, we moseyed up to one of the cutters and placed our order for a Pastrami Sandwich. Did I mention they always cut a few small pieces of pastrami for you to try??? 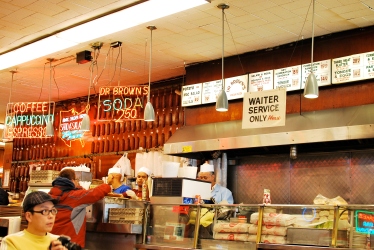 Once seated, we smiled with glee at the beautiful sandwich and plate of pickles. Simple in construction, two pieces of rye bread with mustard holding together a mound of freshly cut pastrami. Hand cut by the way–no deli machine slicers here. 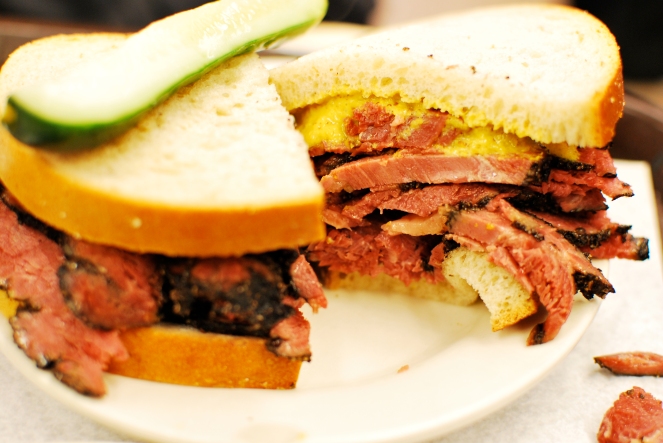 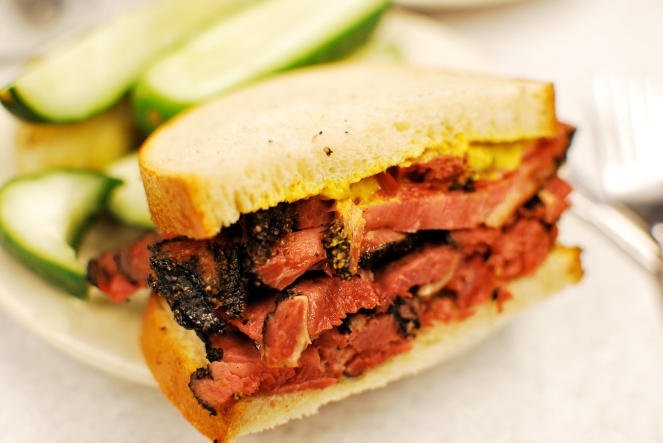 Absolutely, meat-a-licious…..and for those of you who have had a Katz’s sandwich before know exactly what I’m talking about. Perfectly seasoned meat that is so tender…..you’ll never look at a pastrami sandwich the same again. 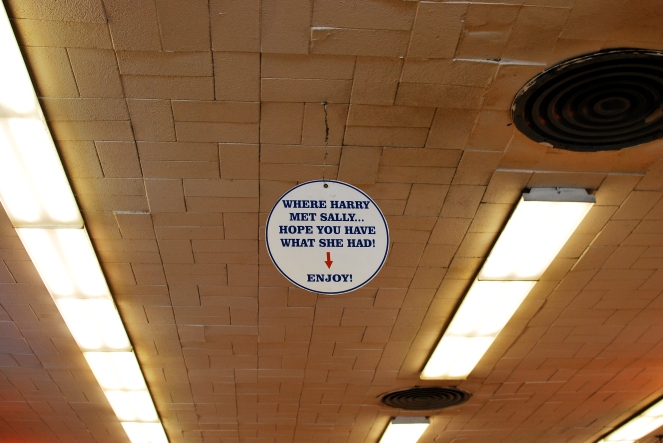 Homage to the exact spot from “When Harry Met Sally“

Someone was a HAPPY camper after his pastrami sammy!

Katz’s is absolutely a MUST DO when visiting the city. You’ll be hard pressed to find a “deli” that serves up such quality eats in the same old fashion way that they do. The atmosphere is second to none with old “diner” tables/chairs, photos of famous celebs adorning the walls, and the staff yelling at each other in the fab New Yorker accents. 🙂

Worth every penny for that $14 sandwich—in fact, I would plunk down the money to eat that on a VERY regular basis. 🙂

After lunch my brother picked us up and we headed over to Edgewater, New Jersey to the Mitsuwa Market. In addition to getting a little “bleh” of all the eating out we were doing, we wanted to cook a nice dinner for my brother and sis-in-law to thank them for all of their hospitality. Mitsuwa was the ideal spot for us to pick up our usual goodies and ingredients. On a random note, the BF and I may do an homage tour of all the Mitsuwa’s in the States. We’ve been to three out of the 10 but I may be able to knock out the Chicago location at a business trip later next month 🙂

Tonight, I took the role as sous chef/commis as the BF took the lead with some of his popular dishes. 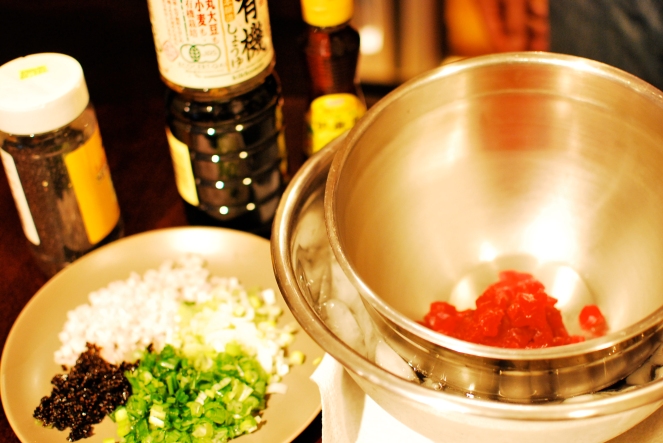 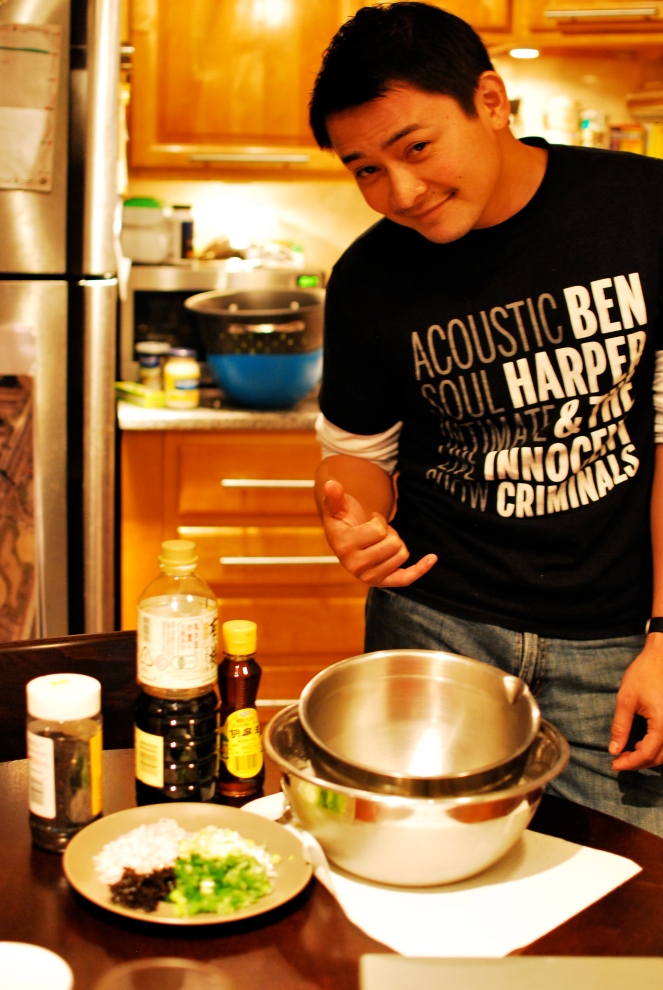 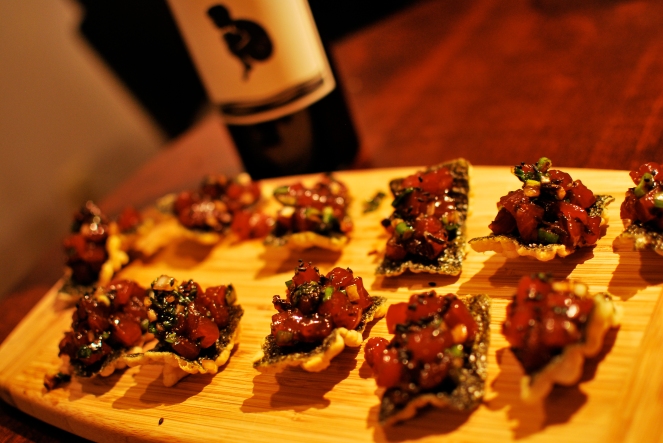 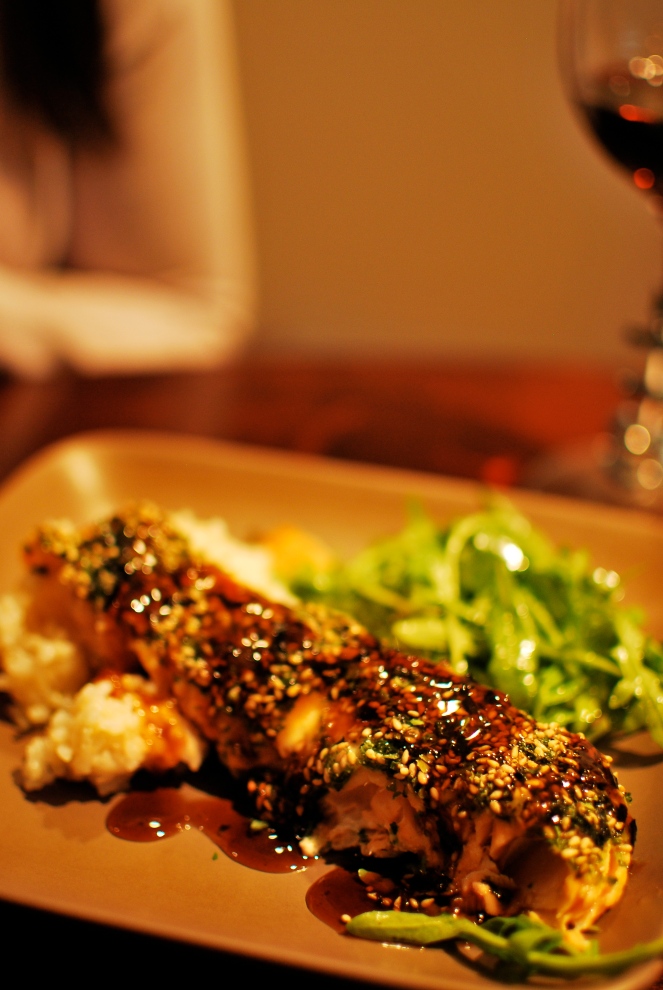 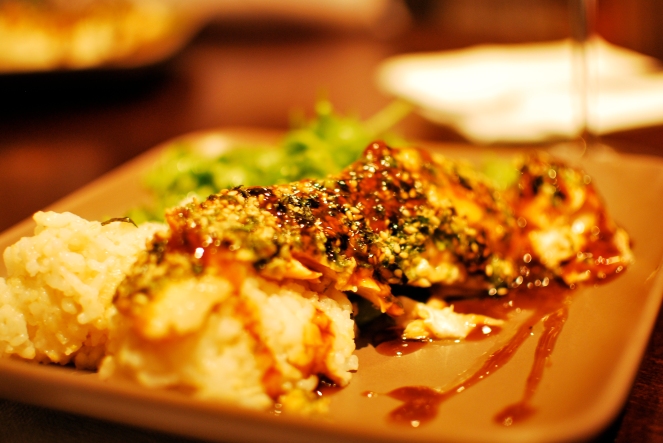 With delicious food, priceless family time, and a few bottles of vino from Alphabet City Wine Company, we had the perfect recipe to a memorable evening in the city….and no high-end, bougie la-la restaurant can beat that 🙂