I LOVE Chips. Potato chips, tortilla chips, corn chips, taro chips…….I can’t get enough of them. So you can imagine my utter glee when I received a big box of TOSTITOS® Artisan Recipes™ Tortilla Chips as part of the Foodbuzz Tastemaker Program.

And what goes hand in hand with chips? DIP, of course!

Spinach Artichoke Dip is definitely one of my favorites—though I rarely indulge in it. Most recipes are chock-full of mayo, sour cream and other dairy products. Don’t get me wrong, I LOVE all those tasty things but they don’t necessarily love my hips! With bathing suit weather rapidly approaching, I wanted to create a version of this delish dip to compliment the TOSTITOS® that was a tad healthier and with a slight adaptation in flavor.

I decided to go with a “Mediterranean” spin by adding sun dried tomatoes to the mix. Sun dried tomatoes pairs so well with artichokes and spinach that the addition made perfect sense to me.

To create a more figure friendly dip, I substituted two of the key ingredients with healthier alternatives. In lieu of the sour cream, I used nonfat Greek yogurt. Not only does the latter have a slew of health benefits but the texture provides a lovely creamy, thick texture that we like in our dips. I used an American Neufchatel Cheese in the place of cream cheese since Neufchatel is lower in fat and higher in protein. As for the mayo, I completely nixed it. The other ingredients provided enough creamy texture and flavor that it wasn’t needed.

This “healthy” dip worked really well with the grained tortilla chip. It was full of various textures and I had a clear conscience knowing that I cut out extra fat/calories without sacrificing the flavor.

Add Neufchatel, Greek Yogurt, Monterey Jack Cheese and paprika to the spinach mixture. Season with salt and pepper. Combine well. Lightly cover ramekins or other baking dishes with cooking spray. Spoon spinach mixture into the dishes and sprinkle the tops with Parmesan Cheese.

Bake for 20-25 minutes and then turn the broiler on. Broil the tops until they are golden brown. Serve with chips, bread slices, crackers, or vegetable sticks. 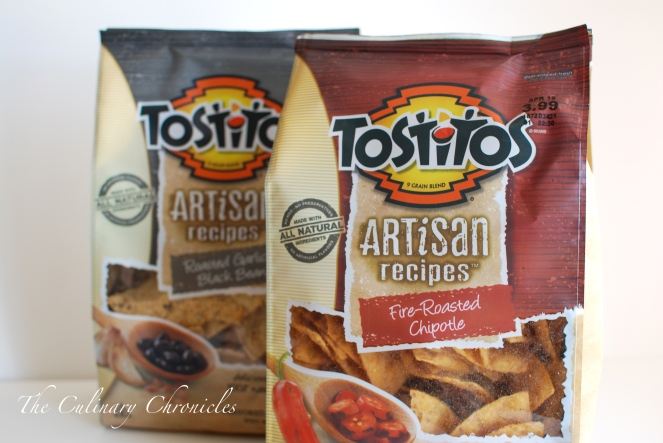