If you’ve never seen The Nightmare Before Christmas  you simply must go out and rent it. Everything about it is so well done from the production/animation, storyline and music. AND it could be considered a Halloween or a Christmas film—that’s a two-fer!

At the heart of the film is Jack Skellington—the pumpkin king of Halloween Town. I’ve loved Jack’s character and his wish to create change and break the monotony. And although his attempts were a hot mess you got to just love a character who dares to be different. 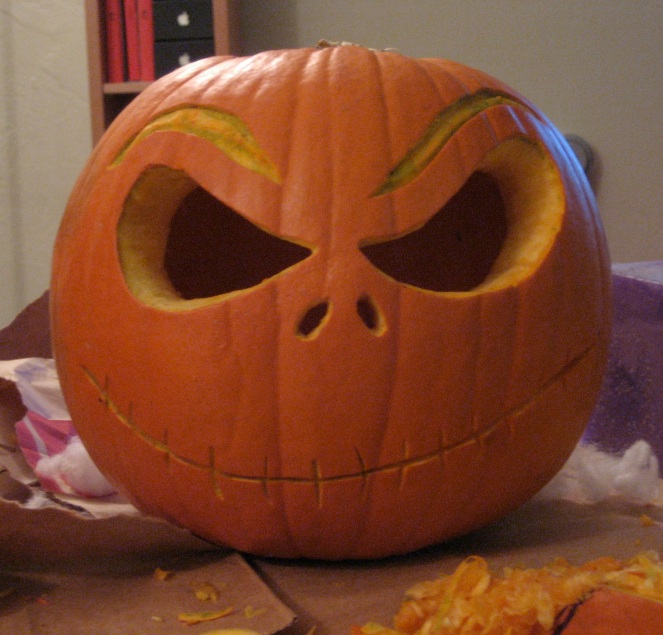 I carved Jack a few Halloweens ago.

The first time I ever made cake pops covered in white, it immediately reminded me of Jack Skellington’s head. And for this year’s All Hallow’s Eve,  I thought it would be fun to make them. I admit, half of my Jack-Pops looked like him and the other half kind of looked like aliens. But I consoled myself by saying the “alien-Jacks” were him on his bad days. 🙂

Since I’ve already posted tips and the method to making cake pops, I won’t bore you by repeating them. However you can find it here. These Jack-Pops were made with my basic vanilla cake and buttercream.

HAVE A HAPPY HALLOWEEN!!!!

ps. Here’s a clip from the film–enjoy!