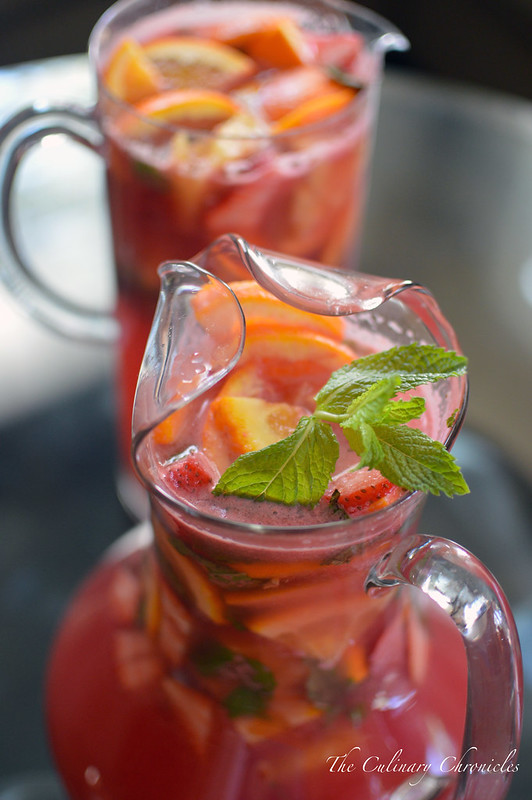 This summer, I have been inhaling watermelons like they’re going out of style. Now, for most, this wouldn’t be such an odd thing since chilled watermelons seem to be synonymous with summer.

Particularly when it’s been so flippin’ warm….

But here’s the thing about me….. watermelons aren’t really my fav. 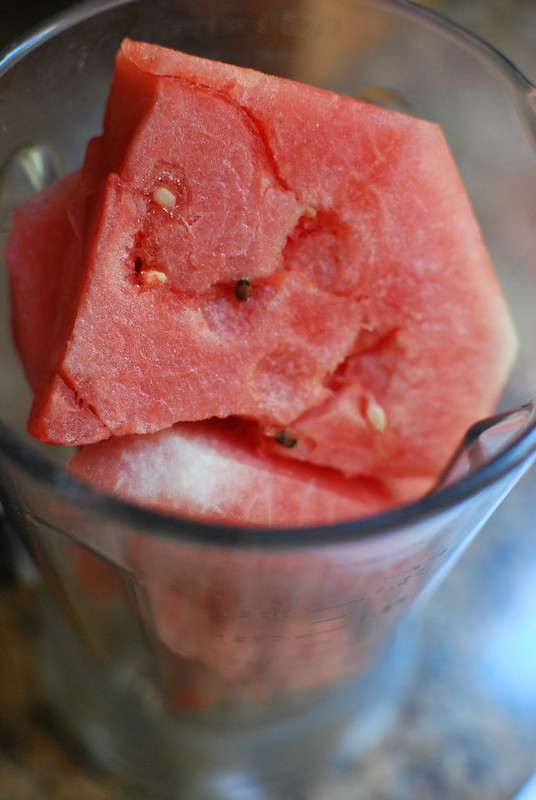 Now before you start virtually bombarding me with the “WHY?” “WHAT THE?!”, let me clarify and say that it’s not that I hate watermelon–they’re just not the first fruit I reach for.

But here we are, near the middle of September, and I’m still plowing through pounds and pounds of watermelon. Maybe they’re right when they say that your taste buds change through the years.

And no, I don’t really know who “they” are……just go with me on this one. 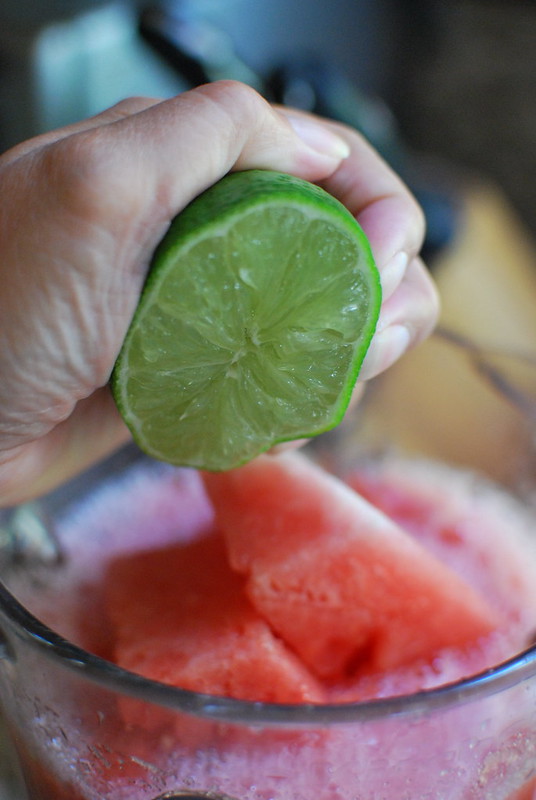 With this inexplicable obsession, I decided to use some to make a few pitchers of Watermelon Sangria for a Family Dinner the other month. Sangrias are a great default cocktail I like to make because it’s easy to make big batches of and you can flavor it any which way you’d like. Plus, since it’s best to allow the sangria to chill a few hours before serving it, it’s the perfect make-ahead drink. 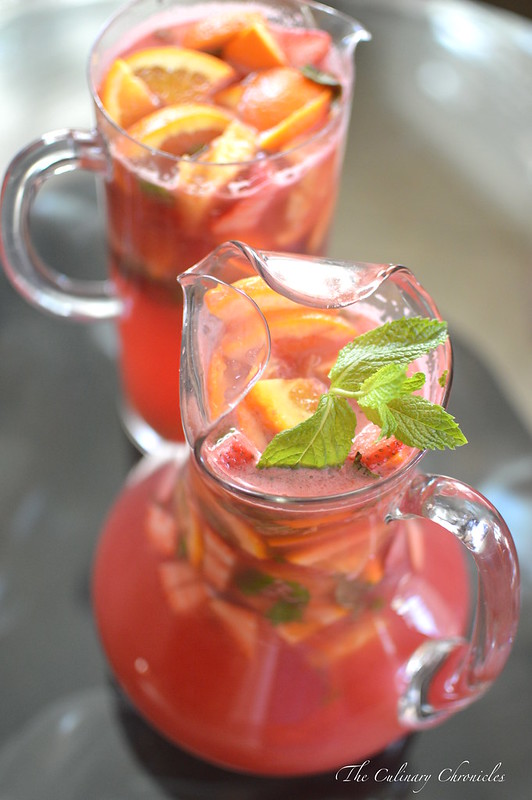 My sibs and I guzzled down 2 huge pitchers of these Watermelon Sangrias so I think they liked it.

So they’re really isn’t a sangria we’ve met that we haven’t guzzled down.

OH! And had I given it some thought ahead of time, I would have cubed a bunch of the leftover watermelon and stuck them in the freezer for several hours. Frozen cubed melons act as PERFECT “ice cubes” for your sangria that not only add to the flavor but also won’t water down your cocktail.

In a blender, add the watermelon chunks, water, half of the mint leaves, lime juice and sugar. Blend until smooth. Pour watermelon juice through a sieve to strain.

Pour the wine into a large pitcher along with 2 cups of watermelon juice, and Cointreau. Stir well. Add in the strawberries, oranges, and lime slices. Chill for a minimum of 2-3 hours.

Before serving, stir in the remaining mint leaves, soda and pour into glasses that have been filled with ice. Enjoy!