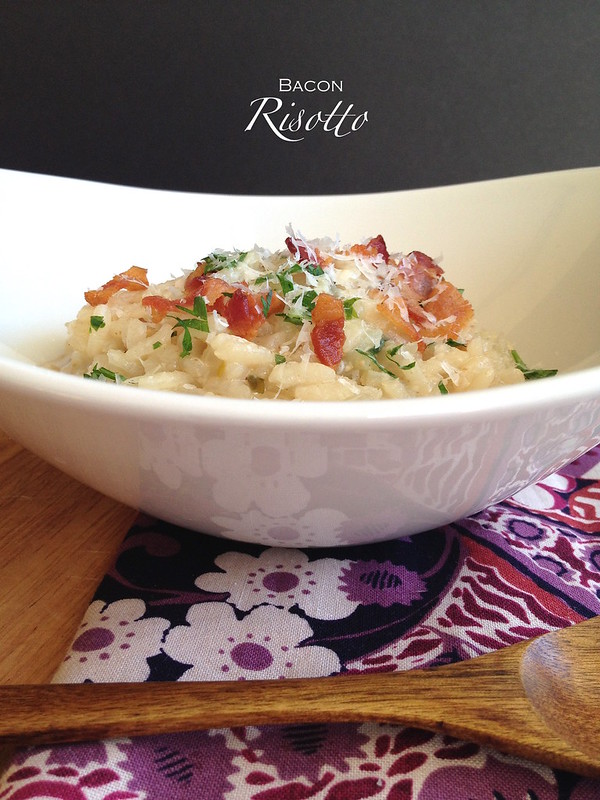 I was out walking Bella the other day when I found myself thinking about Bacon.

A totally reasonable thing to think about while walking your pup. 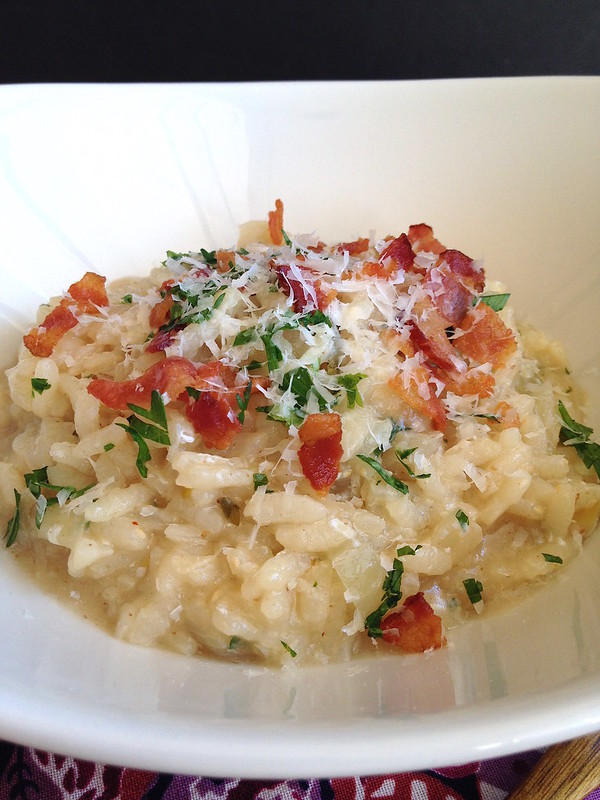 And then my mind quickly wandered to other things like….

How many episodes are left in Downton Abbey?

When will Jack Johnson be on tour again?

Did I turn off the bathroom light before I left home?

And boom. My head snapped up and the most brilliant thought of all time (well, at least for that day) came to me. 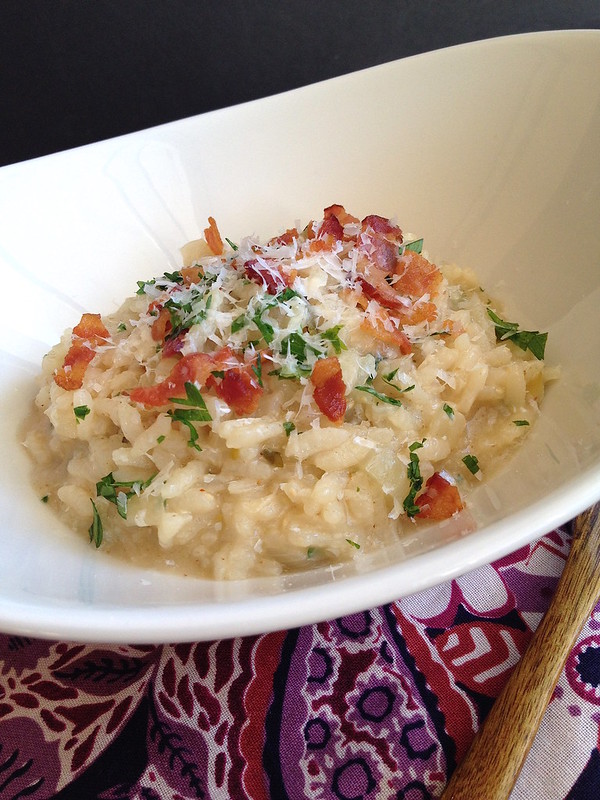 It was less of a thought and more of a compulsion. So I ran back to my place with my puggle in tow and jumped into the kitchen. After rendering down the bacon, I used the residual bacon grease to coat and saute the onions and Arborio rice. Heck, why not kick in as much bacon flavor as possible?

After that, it was pretty straight forward. Slowly stir in chicken stock until the rice breaks down into a rich, creamy sight. Add in a bunch of freshly grated Parmesan and then top with the crispy bacon and some parsley. I’d like to say that the parsley was to add a bit of freshness (and it did) –but really, I threw it in for color. 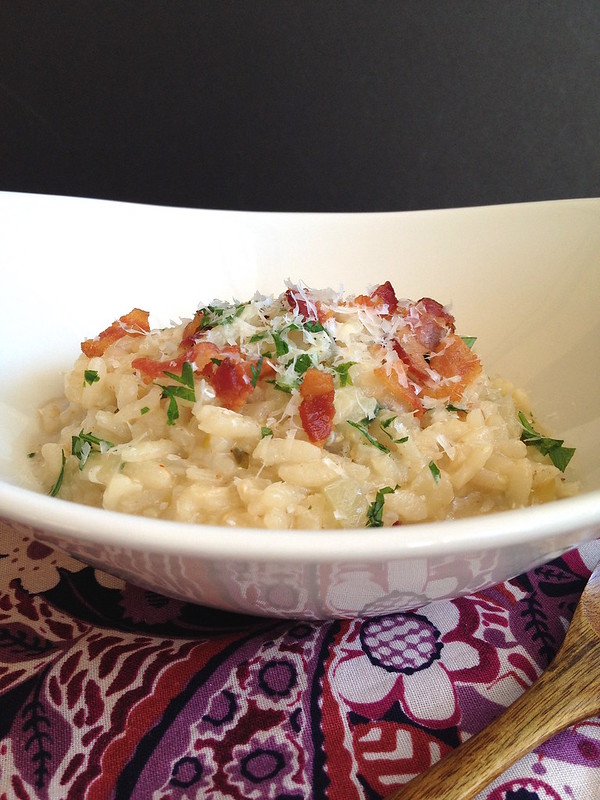 And man, OH man! It was awesome! Cheesy, rich deliciousness with bits of crispy, salty bacon. Why the heck have I not made this before????? But I promise you this–it won’t be the last time! And maybe I’ll throw in some peas next time as well.

Heat the chicken stock in a medium sized saucepan and keep warm over low heat.

In a heavy bottom pot over medium-low heat, slowly sauté the bacon until it becomes crispy and the fat has rendered down—about 5 minutes. Use a slotted spoon and transfer the bacon bits to a plate covered with paper towels. Reserve two tablespoons of bacon drippings in the pan and discard the rest. Sauté the onions over medium heat in the bacon drippings until translucent. Add the garlic, red pepper flakes, thyme leaves, rice and stir quickly until the rice is well coated and opaque—about 1 minute.  Stir in the wine and cook until the liquid is nearly all evaporated.

Ladle in 1 cup of the chicken broth into the rice. Simmer and slowly stir until the rice has absorbed the liquid. Add the remaining broth, 1 cup at a time. Continue to simmer and stir, allowing the rice to absorb each addition of broth before adding more. The risotto should be slightly firm and creamy–approximately 25 minutes in total.

Stir in Parmesan until the cheese has melted. Check for seasonings and adjust with the kosher salt and pepper as needed. Spoon the risotto into dishes and top each with the crispy bacon. Grate additional Parmesan cheese on top and sprinkle parsley over each dish. Serve immediately.