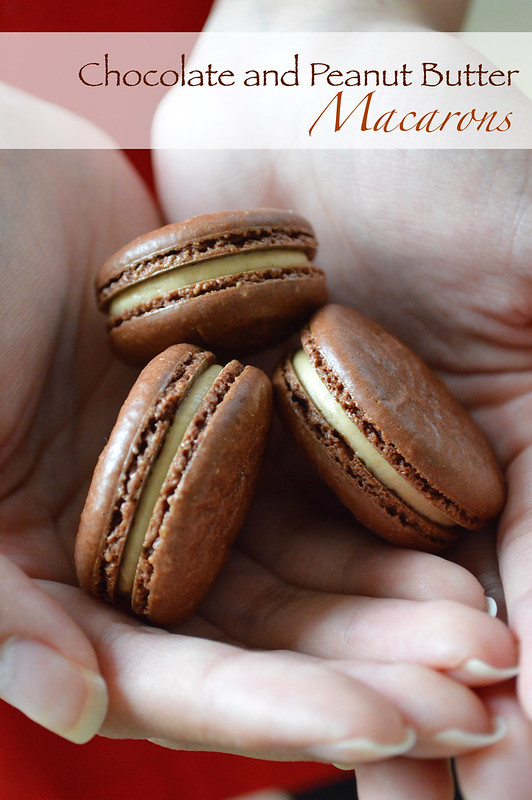 Not only is it the first day of Spring (yahoooooo!) but it also happens to be MACARON DAY!

Now that is a food holiday I can get behind. 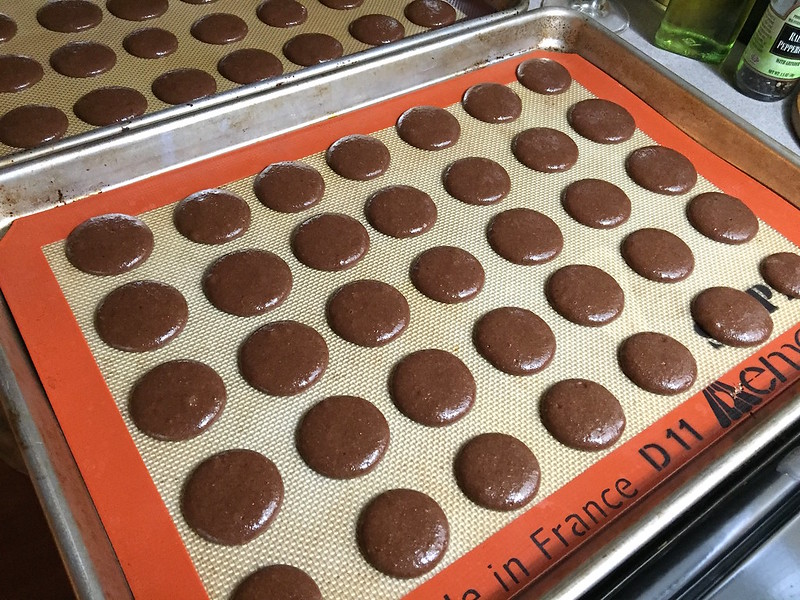 It just so happened that we were celebrating my niece’s very belated birthday last week and I had volunteered to make the cake. A few things about our Maya…..

She loves the chocolate and peanut butter combo –and she ADORES macarons. Smart girl, right?

So I set about finding as many ways to incorporate that flavor combo into the cake as possible–and that included adorning the tops with Chocolate and Peanut Butter Macarons. 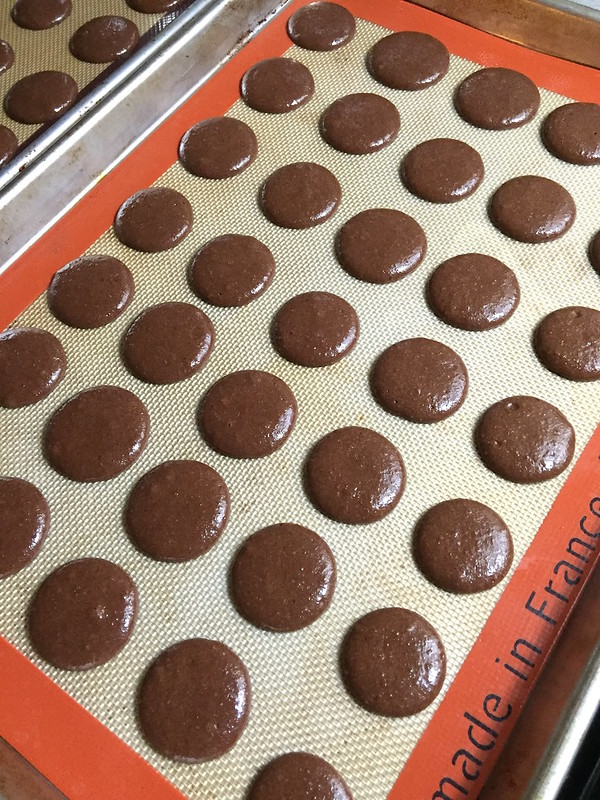 I’ve shared a few macaron recipes will you all before — so you know a few things I have to do when baking them:

But even with those steps, I still get flops from time to time. It’s usually because I wasn’t meticulous enough with the meringues, haven’t allowed the shells to harden enough prior to baking (because I’m impatient) and because my oven has hot spots. I swear if I get a new oven, the first thing I’ll ask the salesperson is “Will it bake consistent macarons?!?!?!”.

But that’s a whole other story for another time….. 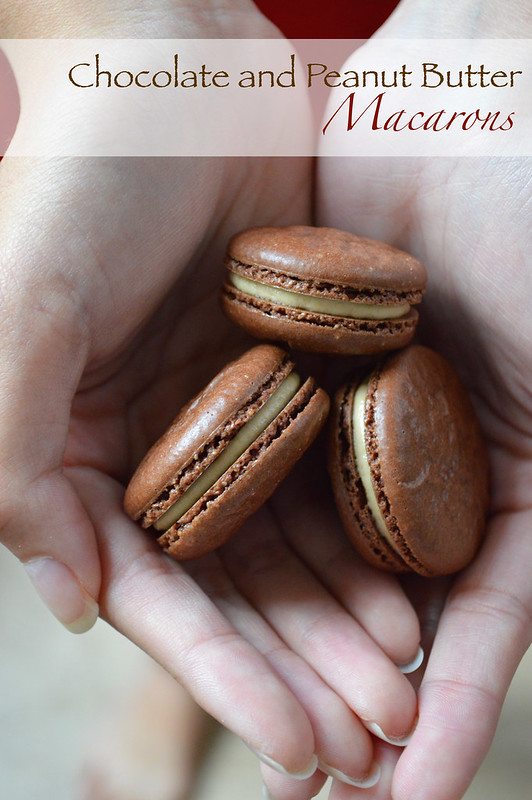 Once the shells were baked and done, I filled them with the same Peanut Butter Buttercream I used to frost the cake with. It was rich, sticky and SUPER peanut-buttery. PERFECT!

They were a hit with the birthday girl and maybe next time I’ll swap it so that the shells are peanut flavored and will fill them with chocolate ganache. The options are endless!

If using blanched almonds, pulse the almonds in a food processor until it becomes finely ground. Sift it twice before measuring out the 110 grams. In a bowl, sift together the almond meal/ground almonds with cocoa powder and the confectioner’s sugar. Set aside.

In a mixing stand fitted with the whisk attachment, whisk egg whites until frothy. Slowly add granulated sugar and continue beating until stiff peaks are barely formed. Carefully begin incorporating the dry mixture into the meringue, gently folding until all items have been integrated and a smooth batter has been formed.

Using a pastry bag fitted with a large round tip, pipe small rounds of the mixture onto baking sheets lined with silicon mats. Rounds should be about 1-1½ inches in diameter. Once the baking sheets are filled, carefully tap the sheets on the counter to remove any possible air pockets. Let the macaron shells sit on the counter for 45-60 minutes to harden the outer shell before baking. Humidity will affect how long it takes for the “skin” to form but the shells should not be sticky when you gently touch them.

Bake the shells at 290 degrees F for 18-20 minutes. Transfer the baking sheets to cooling racks and cool completely before removing shells from the sheets. Macarons shells can be made up to 24 hours in advance before filling and should be stored in airtight containers.

In a large mixer bowl, whip the peanut butter and butter together for several minutes until very light and fluffy. Slowly add the powdered sugar a few spoonfuls at a time until incorporated. Add the vanilla extract and then slowly drizzle in the milk, sea salt and whip until combined.

Using a piping bag filled with the peanut butter buttercream or with a small knife, fill the flat side of a macaron shell and sandwich with another shell. Filled macarons can be kept up to 2 days in airtight containers.