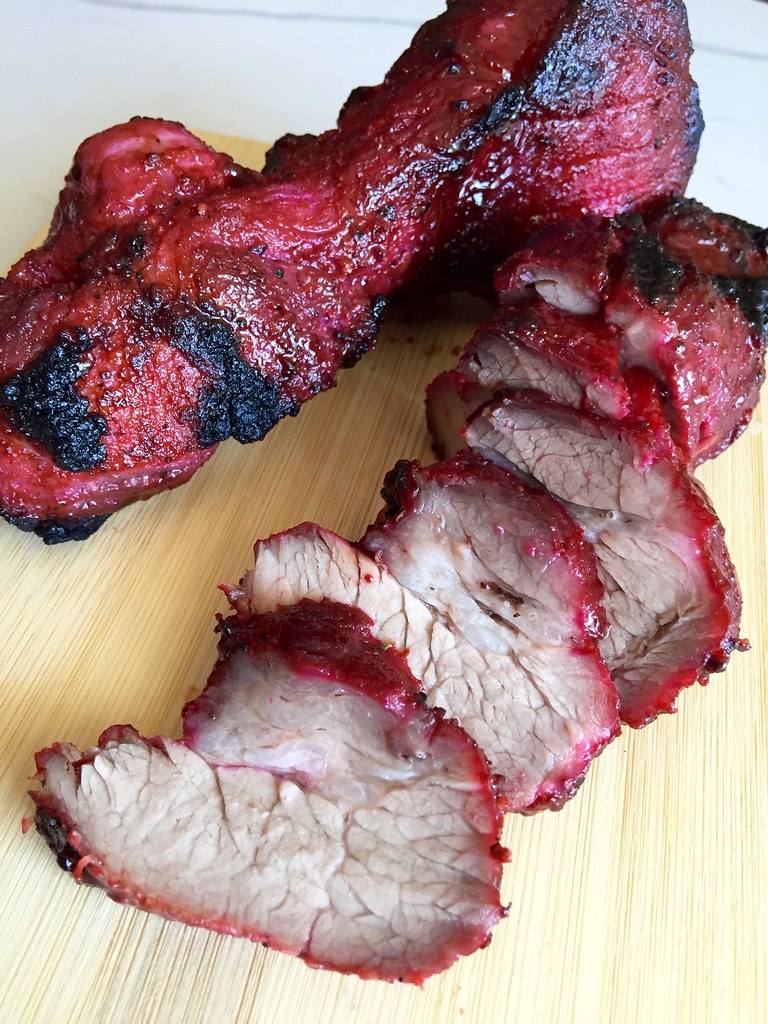 Stroll down the streets of most Chinatowns and I am rather certain that hanging alongside the lacquered Roast Ducks in shop windows, you’ll also find the ubiquitous Char Siu – or Chinese style barbecue pork.

You can’t really miss it from its bright reddish-pink hue, coupled with its deeply savory, spiced and somehow sweet mouthwatering scents.

In Vietnamese, we call it Thịt Xá Xíu and you can find it pretty much served with everything due to its versatility.  We love it with our noodles, whether it be mì, bún or hủ tiếu. It’s a very common protein in our beloved bánh mì (sandwiches) and can be found in bánh bao –steamed buns. Heck, it’s great just over steamed rice! 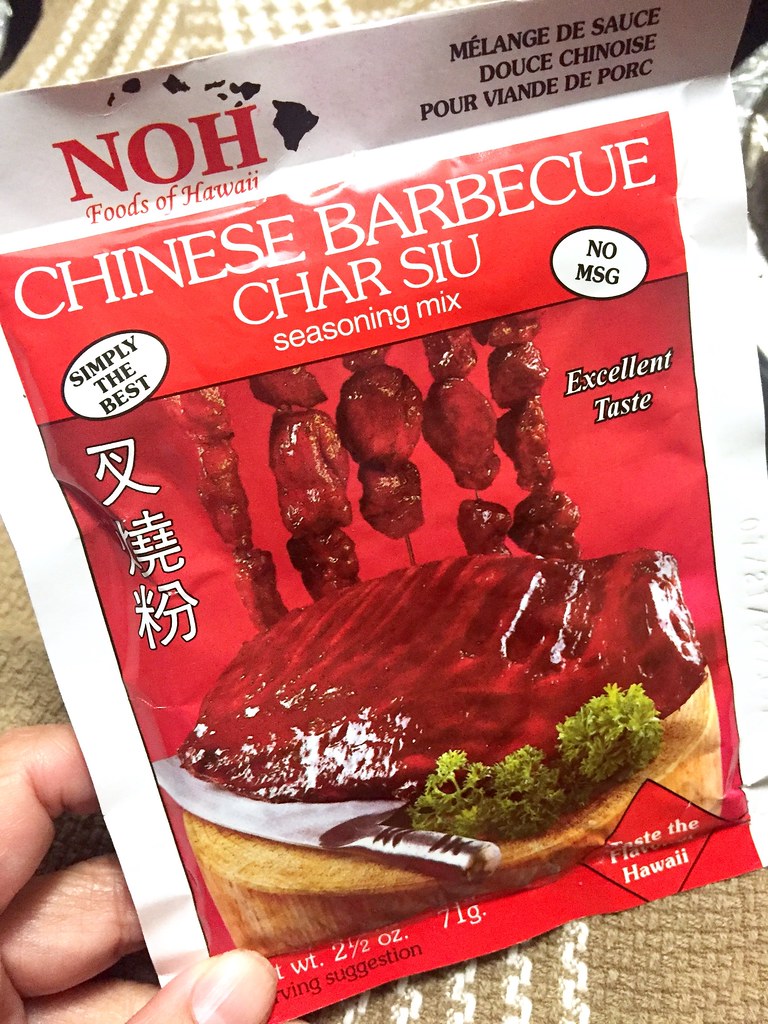 Since I’ve been on a real kick lately of restocking my freezer, I thought it was high time to add a few stashes of Xá Xíu to the mix.

I’m a BIG fan of keeping a well stocked freezer. Not only for those days that you just feel too BLEH to cook but also for those times you’re hankering some comfort food but don’t have the time to commit hours in the kitchen to make anything. I can’t tell you how many times I’ve given myself a little pat on the back when I was quickly able to throw a bowl of Bún Chả Giò (Cold Vermicelli Noodles with crispy Vietnamese Imperial Rolls) together or heat up some Pan Fried Dumplings because I stockpile the freezer. 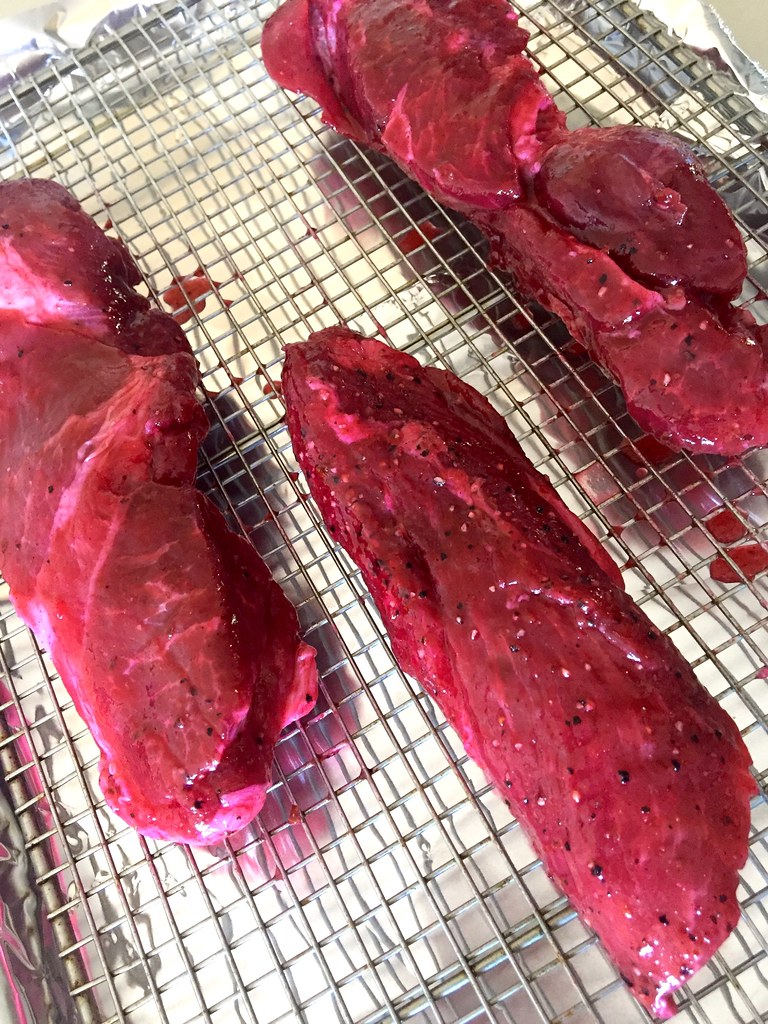 Enough on that…let’s get back to the Xá Xíu…..

Right off the bat, I’ve got to tell you that I happily turn to a Char Sui seasoning packet to start the marinade. I’ve got absolutely no guilt about this and totally feel justified because this is how Mom used to do it.

Can’t argue with that, right? 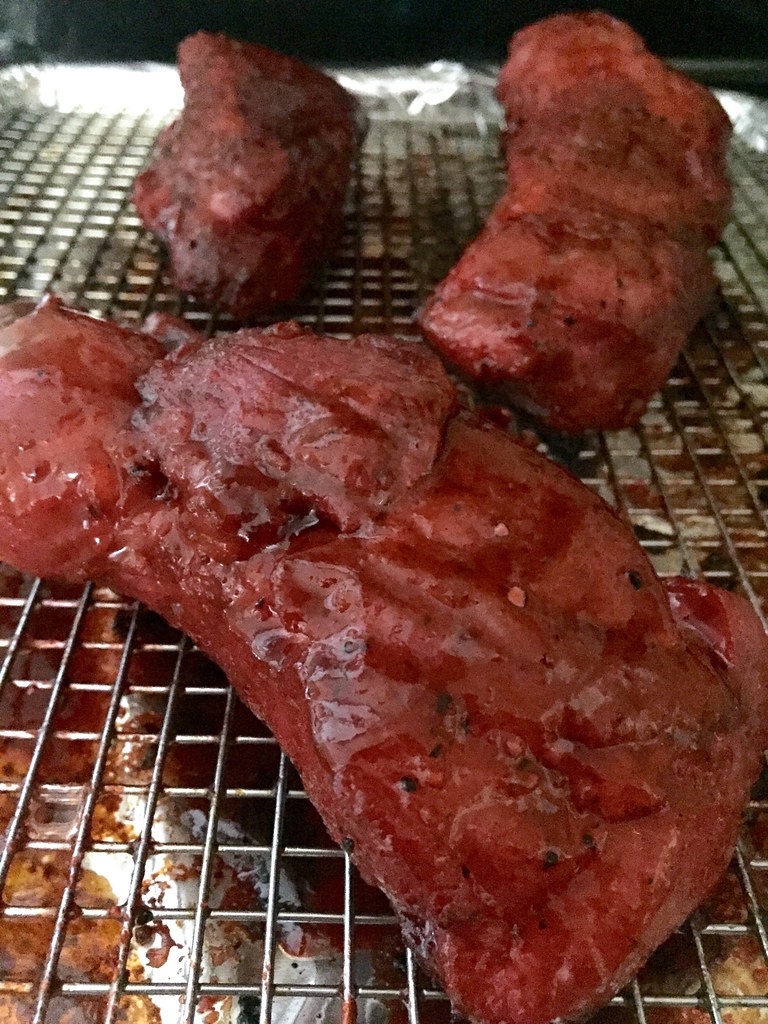 I do doctor it up with few things like Shaoxing wine, garlic, pepper and a bit of five spice powder before rubbing the pork shoulder with the mixture. It then marinates in the fridge overnight so that all that goodness seeps in.

Two quick things before we move on.

1) If you use a seasoning packet, the powder (and eventually the marinade) will be pink. Super pink. It can vary on brand but it’s mostly due to some curing salt (think corned beef) and well, food color. If that freaks you out, nix the premixed seasoning and make your own.

2) I like using pork shoulder instead of something too lean. The Xá Xíu should have a bit of fat on it and pork loin, particularly tenderloin, doesn’t it cut it for me. 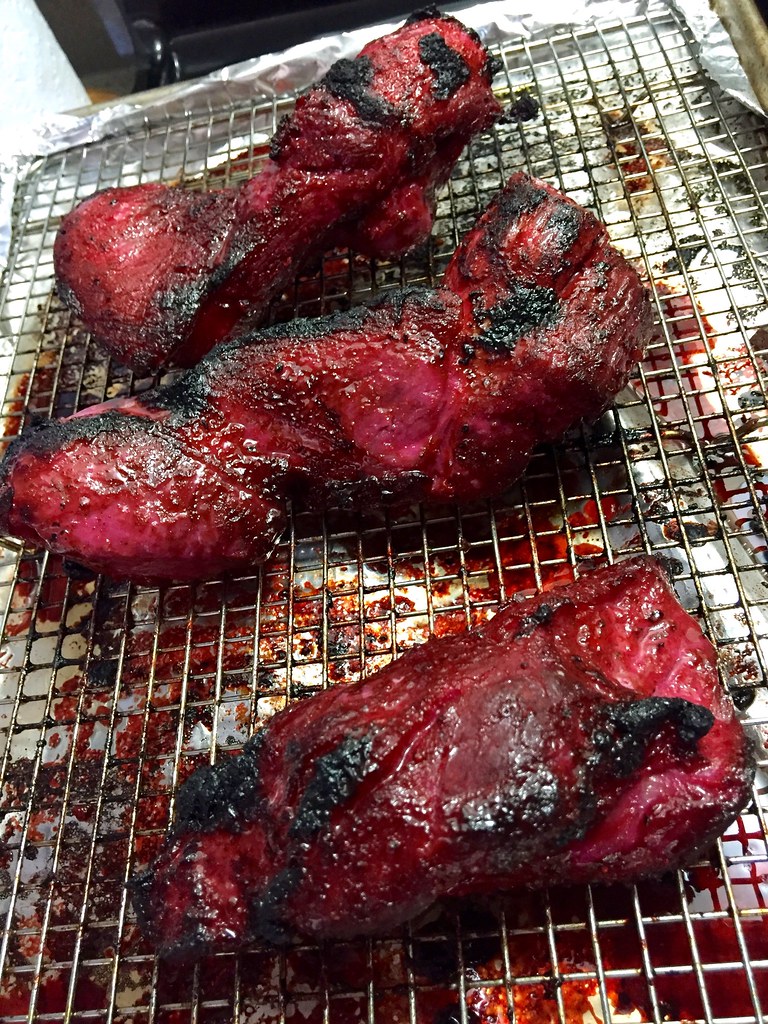 Once the pork is done marinading, I bake it in a hot oven for 20ish minutes on a wire rack that sits on a rimmed baking sheet. This not only helps with even cooking but it lifts the pork up from any excess liquids that may render out.

Pro Tip? Add a bit of water to the baking sheet while the pork cooks. The water helps keep the moisture in the oven (and thus in the pork) as well as helps reduce the amount of smoke that may occur from any fat drippings that will accumulate on the sheet.

While the pork roasts, take the marinade and whisk some hoisin sauce into it. You’ll then use this to glaze the pork to help add a bit more flavor as well as get that sheen. Don’t worry that the marinade had raw pork sitting in it because after you brush it over the Xá Xíu, you’ll then broil it for a few minutes on extremely high heat. 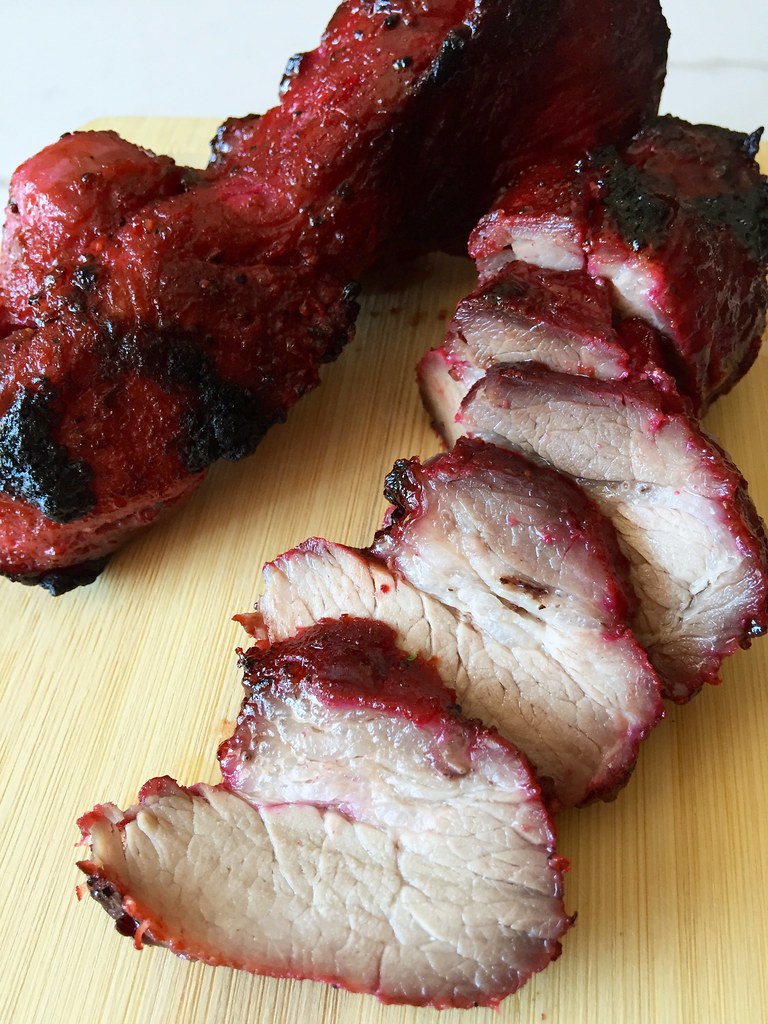 Easy-peasy, right!? Maybe one of these days I’ll attempt to make it without a premixed seasoning packet but gosh….it’s just so darn convenient and tasty.

In a bowl, whisk together the Xá Xíu/Char Siu seasoning, five spice powder, pepper, garlic, Shaoxing wine and oil. Rub the marinade all over the pork and place in the refrigerator overnight.

Preheat your oven to 450 degrees F. Place a wire rack on top of a rimmed baking sheet that has been lined with aluminum foil. Lightly cover the wire rack with cooking spray. Remove the pork from the marinade and pat dry with paper towel. Place the pork on top of the rack and place in the preheated oven. Pour about ¼ cup of water into the baking sheet. The water helps keep the moisture in the oven (and in the pork) as well as helps reduce the amount of smoke that may occur from any fat drippings that will accumulate on the sheet. Roast the pork for about 20 minutes, flipping halfway through, or until its internal temperature reaches about 145 degrees F.

While the pork roasts, pour the marinade from the pork with any liquids that may emerged into a small bowl with the Hoisin sauce. Whisk together to create a glaze. Set aside.

Once the pork has cooked through, remove the tray from the oven. Brush the glaze over the pork and place it back in the oven, directly under the broiler. Broil the pork, rotating every 45 seconds or so to create a nice char. Be careful to keep a close eye on the pork at this point since it can burn quickly. Remove the pork from the oven and let rest for several minutes before slicing.