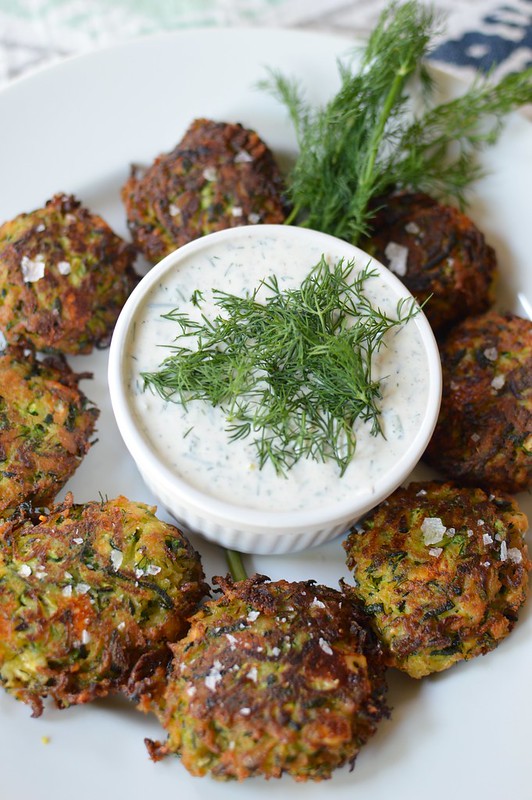 I know–it’s a mouthful right?

They are Greek style zucchini fritters and are a perfect dish for summer. Especially if you’re lucky like me and have coworkers who regularly bring you in some of their GINORMOUS, homegrown zucchini. 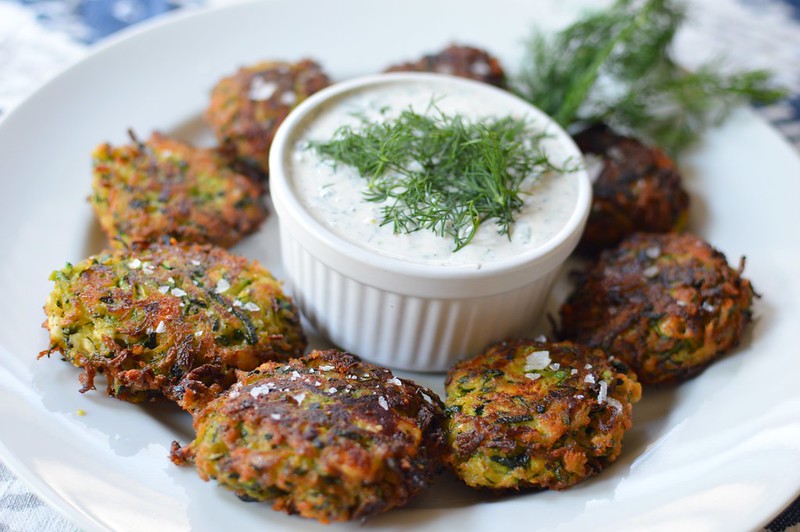 The fritters are filled with tons of fresh herbs, spices and of course, feta. 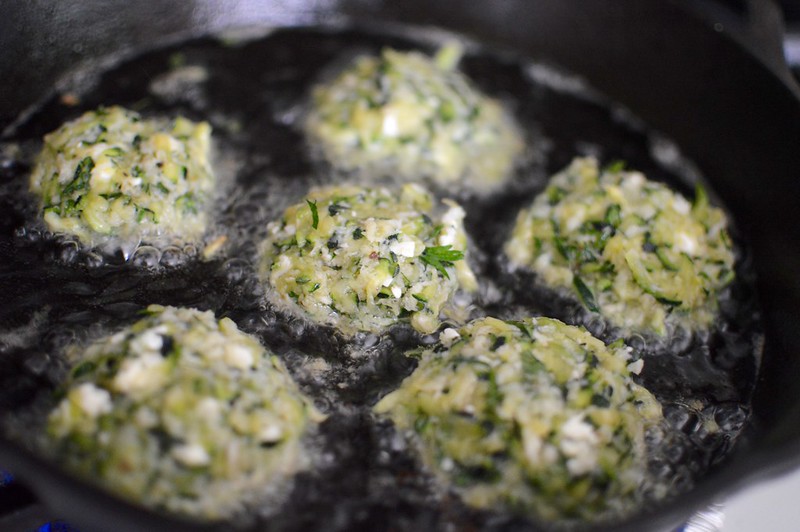 I whipped up a batch of these golden beauties as appetizers for our most recent Mediterranean themed Family Dinner. But if you form the patties a bit larger, you could use them in Veggie Burgers or Sliders.

And of course, any leftovers would be brilliant for breakfast or brunch. Just poach up a few eggs and perch them atop a crispy zucchini fritter. Can you imagine that gorgeous yolk oozing over the golden Kolokithokeftedes? 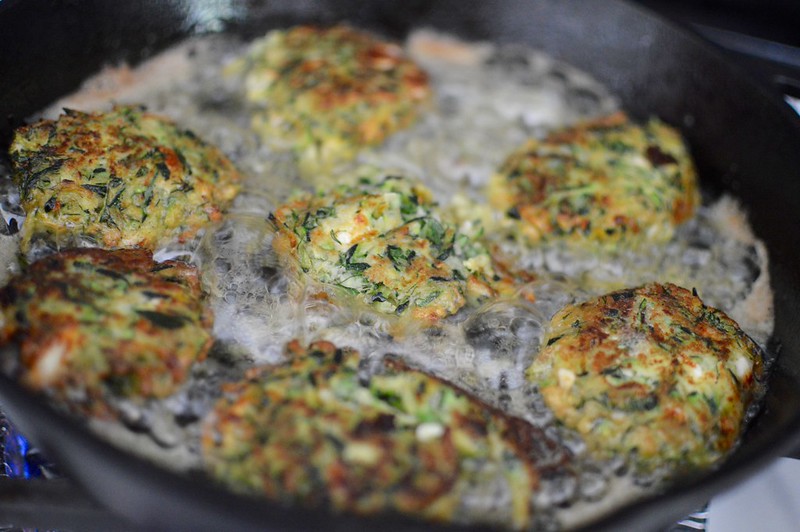 At dinner, I served them up with my favorite, cool and bright Tzatziki Sauce.

And do yourself a favor, make a double batch of Tzatziki as it stores well in the fridge for a few days. It’s great as a dip with veggies, over grilled meats or fish and as a condiment over sandwiches and burgers. 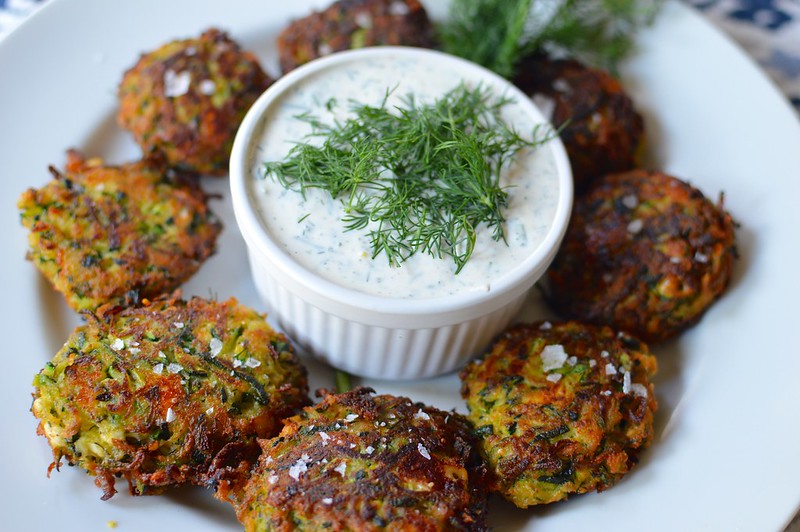 The patties can also be formed ahead of time and refrigerated the day before you want to fry them up. Great time saver for casual get-togethers or dinners.

Wash and trim the zucchini. Using a food processor or box grater, grate the zucchini. Place the zucchini in a colander over the sink and sprinkle salt over the squash. Toss to combine. Allow the zucchini to sit in the colander/sink for about 2 hours to allow the natural liquids to be drawn out. Every 15 minutes or so, toss and squeeze the moisture out of the squash.

While the zucchini drains, prepare the Tzatziki Sauce. Mix all the ingredients in a bowl. Taste and adjust with kosher salt and pepper as needed. Cover the bowl and refrigerate for at least one hour before use.

After the zucchini has properly drained, transfer it to a large mixing bowl. Fold in the cumin, oregano, red pepper, black pepper, scallions, dill, mint, parsley and feta. Taste and add salt if needed. Stir in the beaten eggs and panko. If the mixture seems too wet to form into patties, add additional panko. Cover and refrigerate the mixture for an hour.

Once chilled, form patties that are about 2½-3 inches in diameter. In batches, place the patties in a heavy bottom skillet that has been filled with about ½ inch vegetable oil over medium heat. Fry the patties for about 1-2 minutes on each side until golden brown. Remove and drain on a wire rack.

Garnish with fresh dill and serve warm with the Tzatziki Sauce. 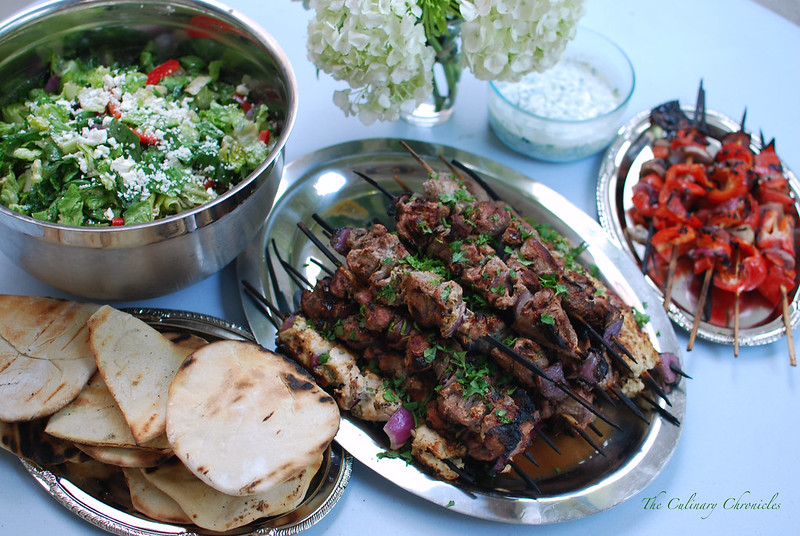 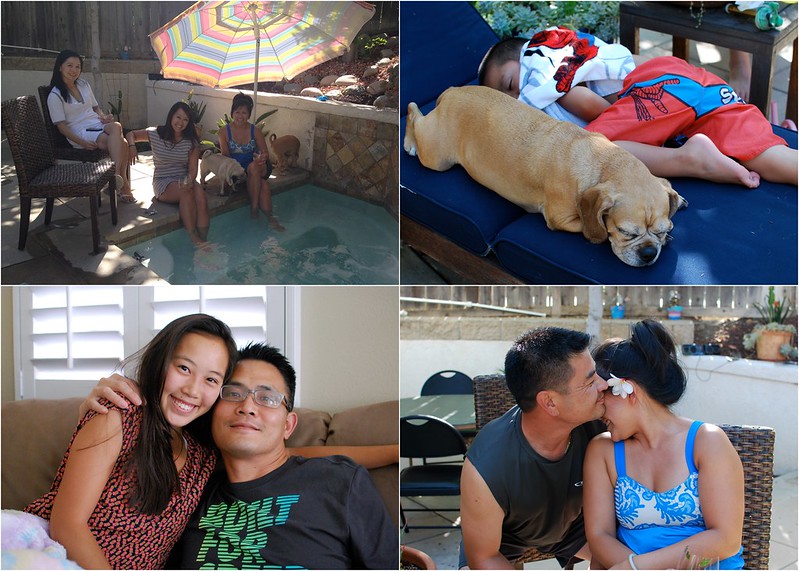 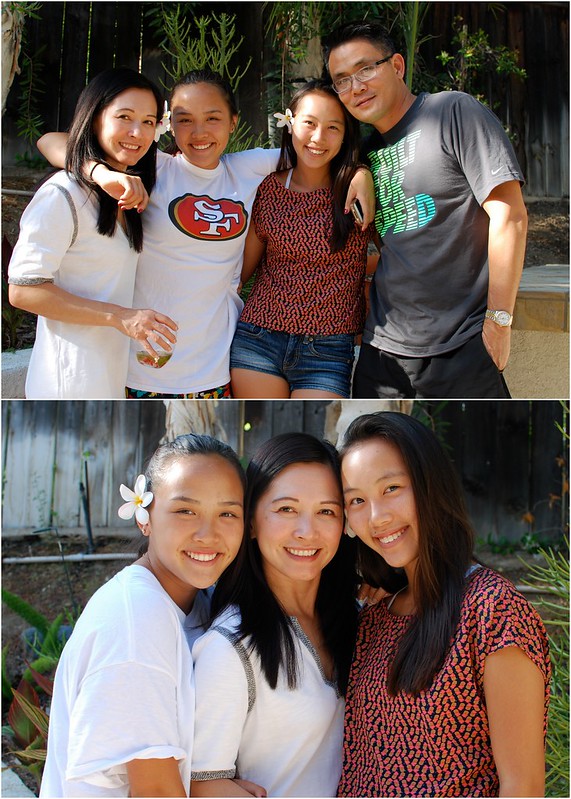 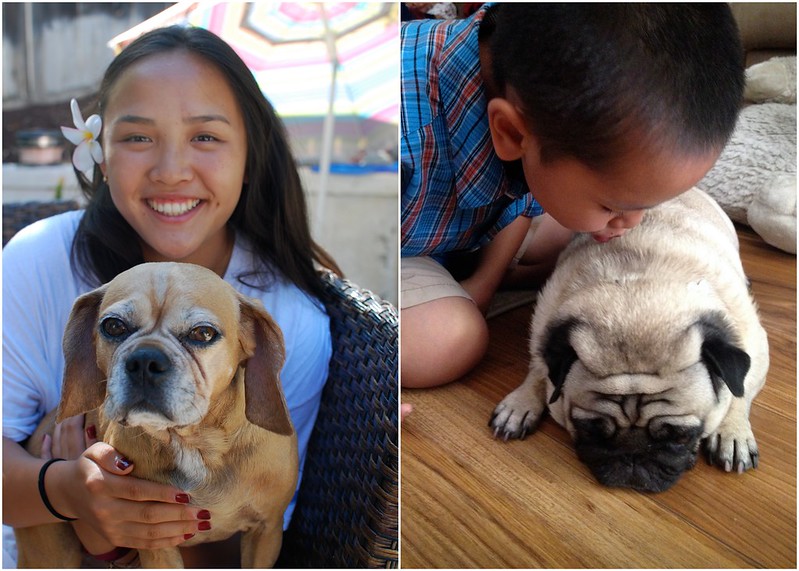 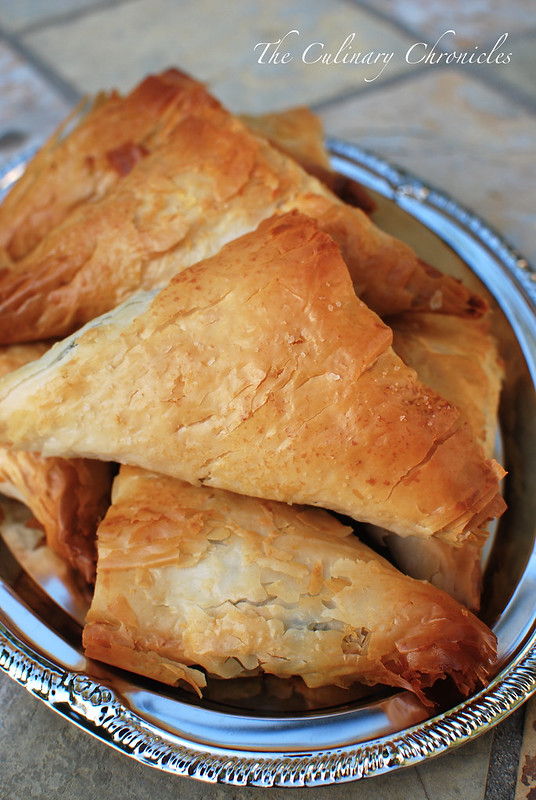 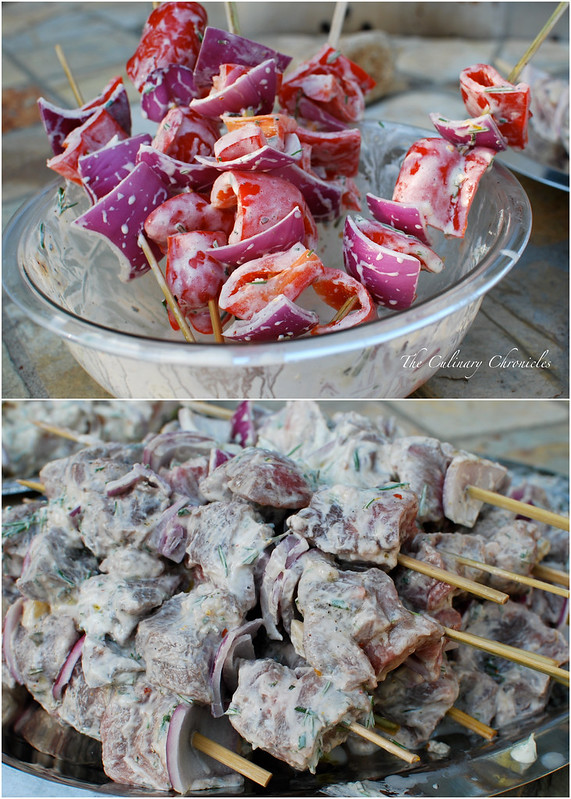 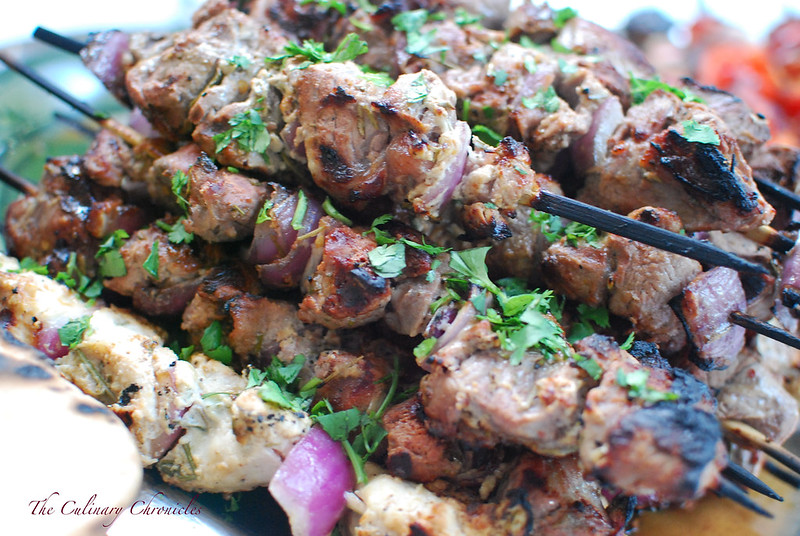 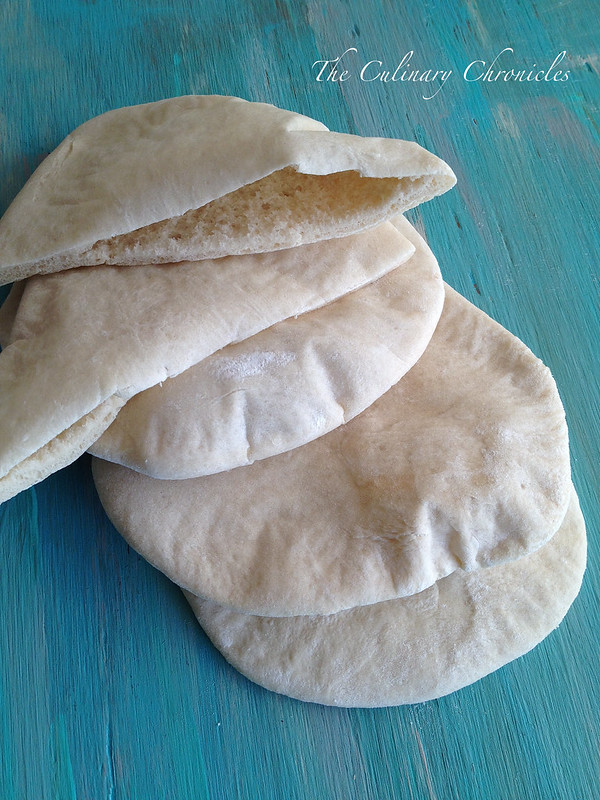 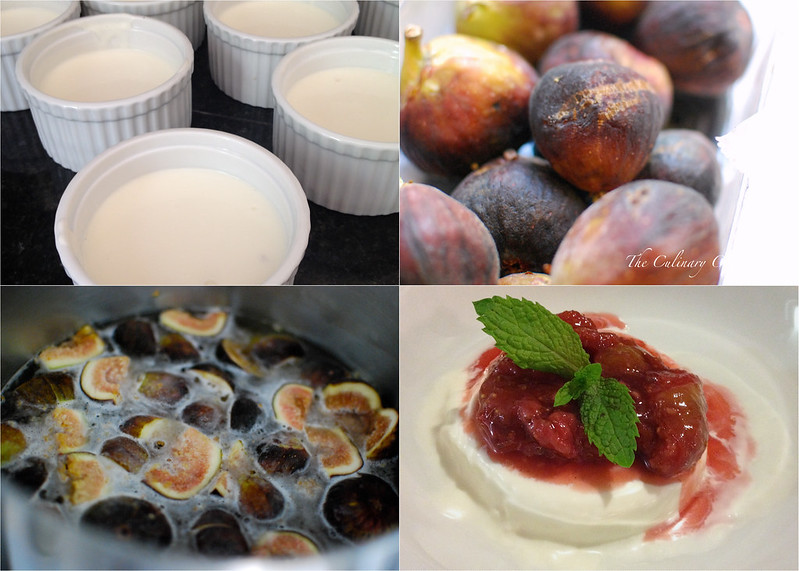 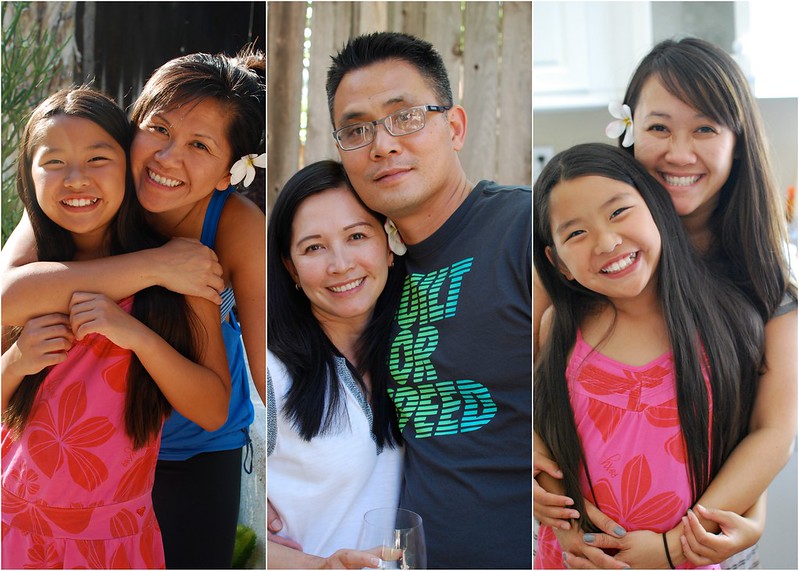