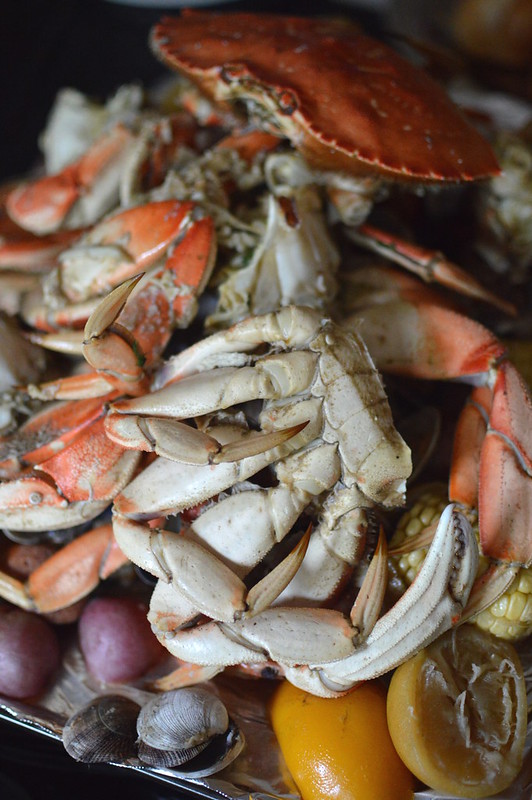 We’ve got two birthday boys in April — Lucas and Curtis! And as Family Dinner protocol dictates, when it’s your birthmonth, you call the theme for the menu.

Now with our Lucasaurus, he’s pretty laid back. If there’s something yummy and he gets ice cream at the end, well–he’s all set. So it was up to my BIL, Curtis, to give us some direction. 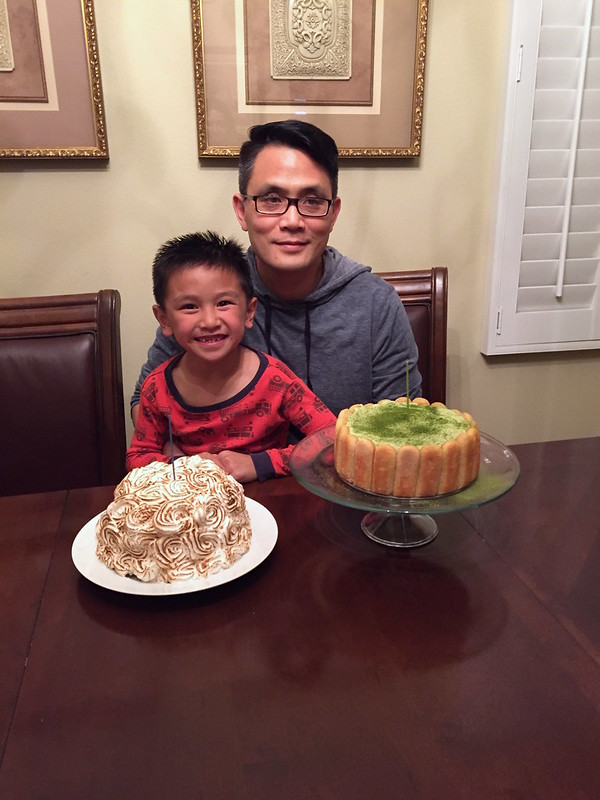 Curtis is all about seafood and generally loves Japanese cuisine. He mentioned that he wanted crab and the next thing I knew it, we were in crab boil planning mode. We’ve done crab Boils quite often. Remember this time? Or how about this time?

But this time, since we wanted to use dungeness crab (they’re back in season–YAHOO!), we thought we’d take a different spin. We ditched our beloved spicy Cajun seasoning packets and headed for the Pacific Northwest for inspiration. 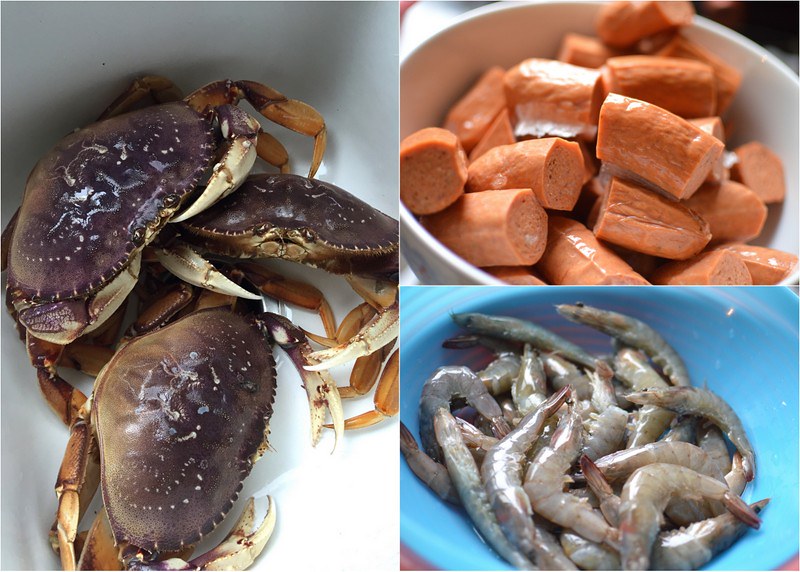 But first–one small order of business.

A few months ago, we decided that while we were prepping/cooking/enjoying Fam Din, everyone would stay off their cellphones or tablets and spend some QT with each other. Only exception? You could use it briefly to snap pics of food or family.

The girls even made a sign for our “docking” station that would rotate from house to house each month. 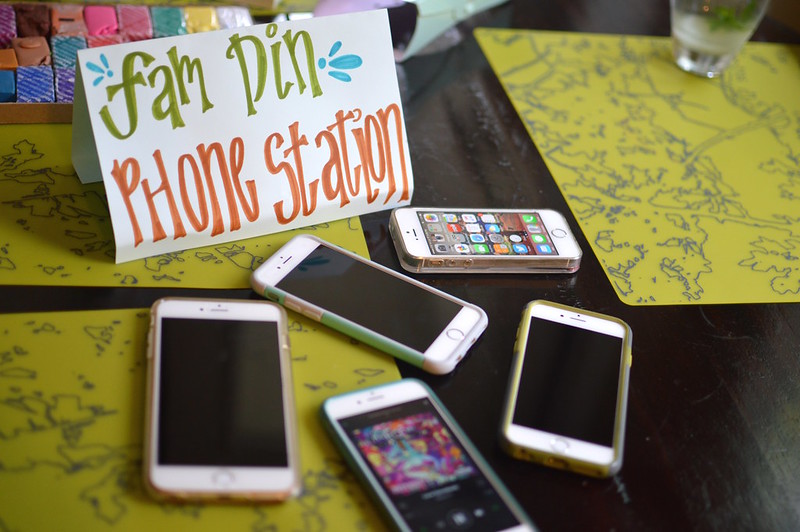 So what did we do while off our phones?

We play tennis of of course! Well….Wii Sports but that’s nearly as good.

The pics below may not be as clear as I’d like but I love them. Look at their intense facial expressions. 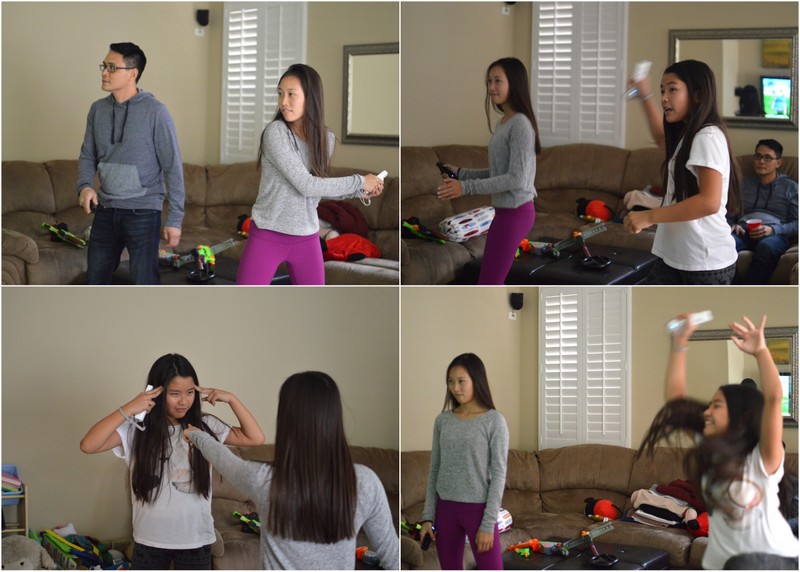 Speaking of GAME ON–check out Lucasaurus. One moment he’s all “sweet face” and the next “100% slugger”.

He’s such a playah’ that he even squeezed in a fast T-Ball game with the homies before dinner was ready. 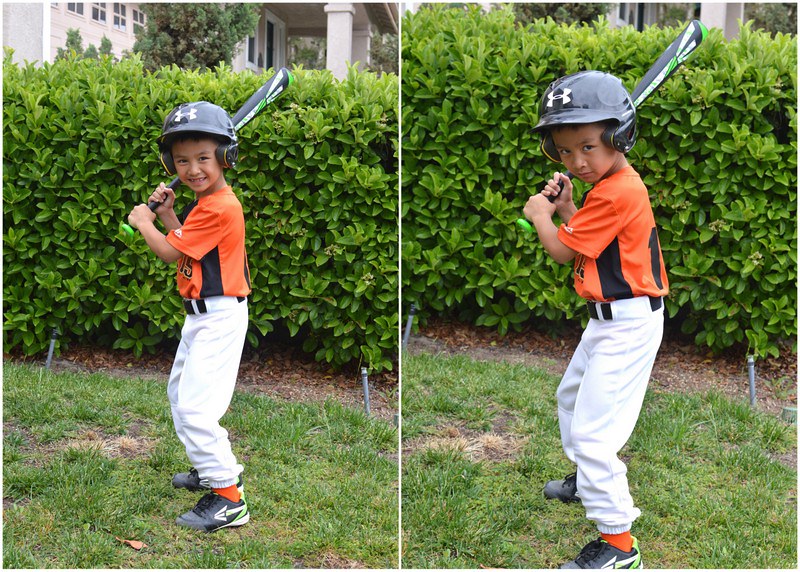 And what did my seestrahs and I do in between the cooking?

Drank some draannnnkkks of course!

Our cocktail of choice was a concoction that seester T had with her friends one night – Pomegranate Soju with Sparkling Korean Grapefruit Rice Brew.

What does a “sparkling rice brew” taste like? Think of a less sweet, more carbonated wine cooler but a gazillion times better. The whole thing was floral, fruity, and went down dangerously smooth. 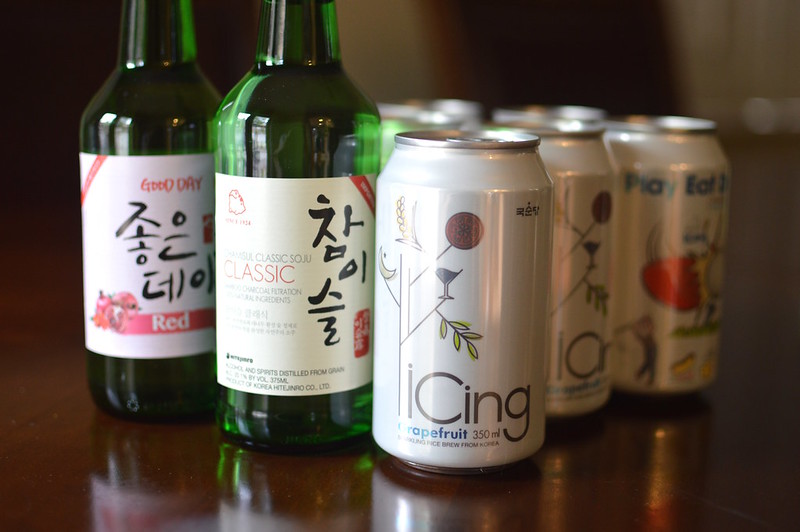 At this point, you may be wondering how this cocktail fits the Pacific Northwest theme.

Well…..that’s where the East Asia meets the Pacific Northwest. At least, the first time for the night. 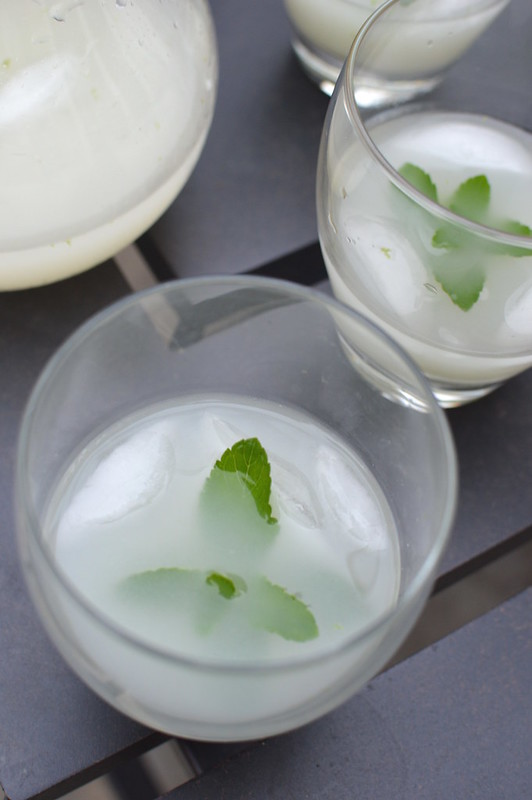 Oh–and of course we took a minute or two to snap a few pics. 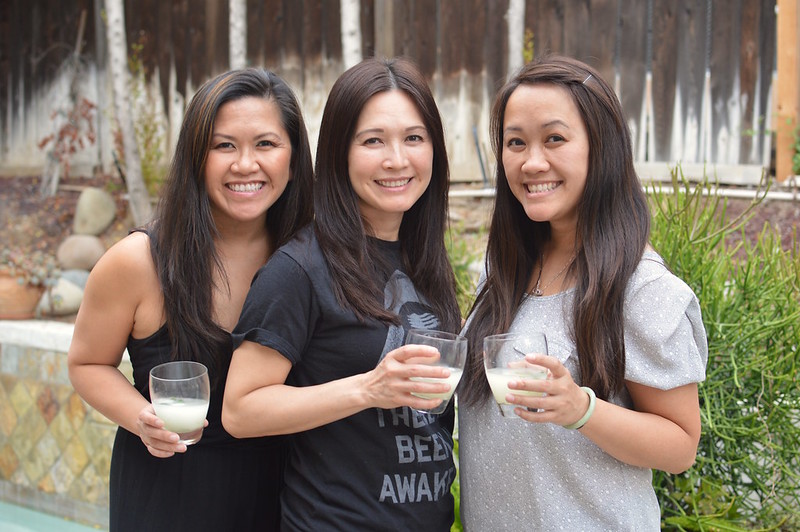 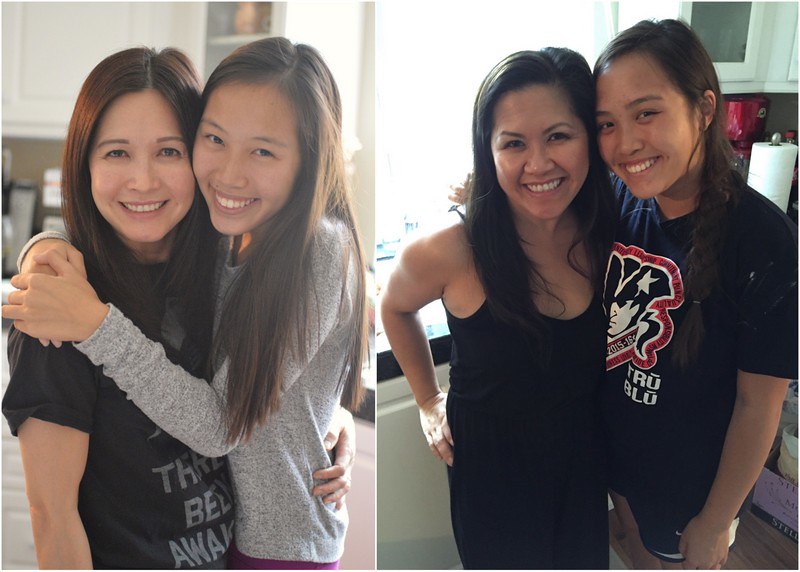 Meanwhile, Lucas had come back from his game, showered and then decided to show his uncle some of his badass roundhouse kicks.

Did I mention our little man just passed his Tae Kwon Do black back examination?

Yeah…I keep him around as my personal security these days. 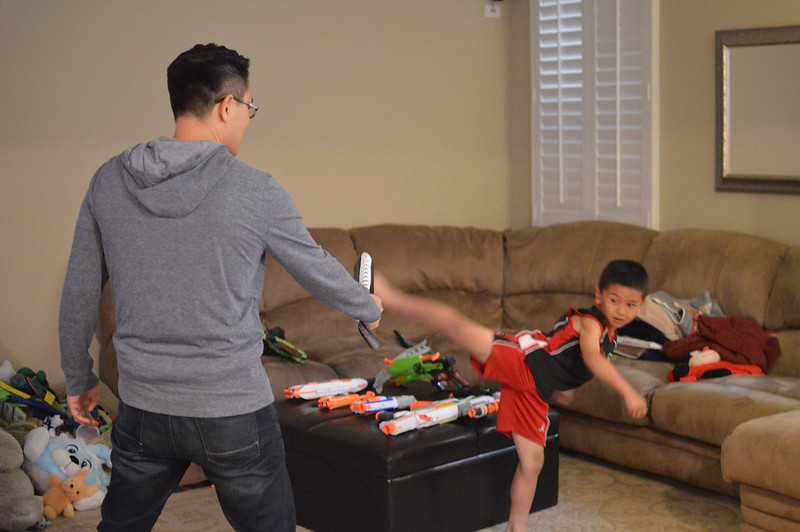 Then at some point throughout the shenanigans, big sis whipped out some appetizers – Shrimp Crostinis!! 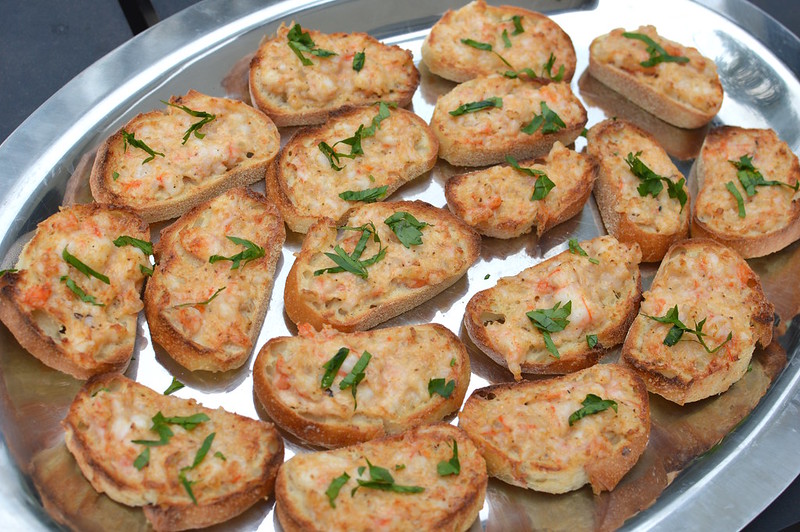 And then we got down to some serious cooking.

So serious we had to break out the step stools. 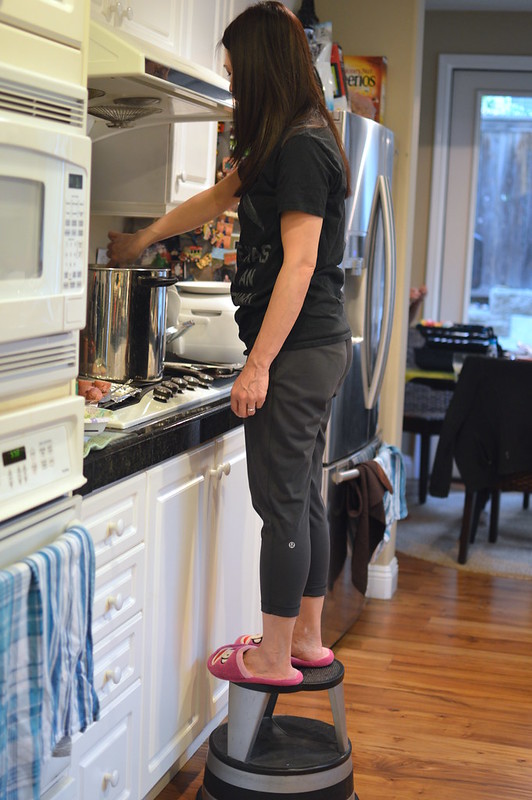 And then the girls started getting all kinds of silly.

Not sure if they were getting hypoglycemic from all the waiting or if it’s just their true nature. 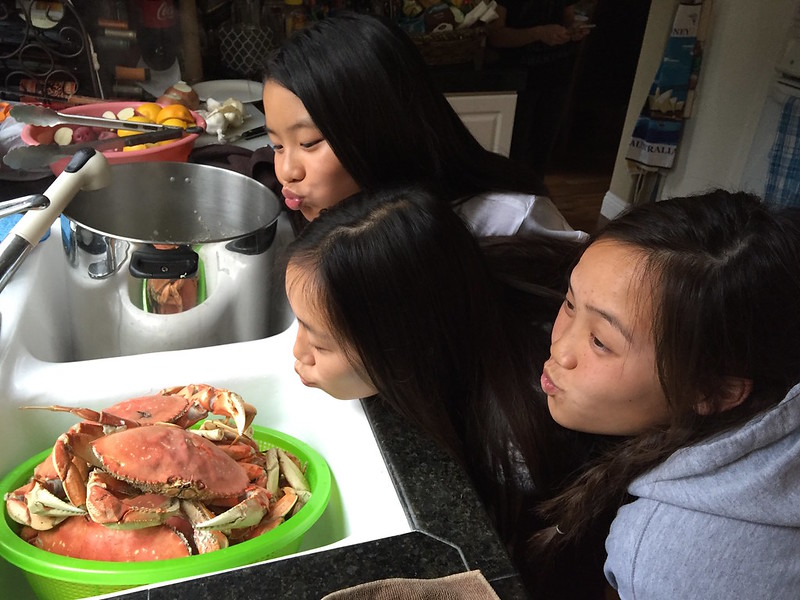 Grab the bibs, refill the drinks, plunk yourselves down in a chair because it was finally DINNER TIME!!!

Oh–and tons, and I mean TONS of garlic butter to dip it all in. 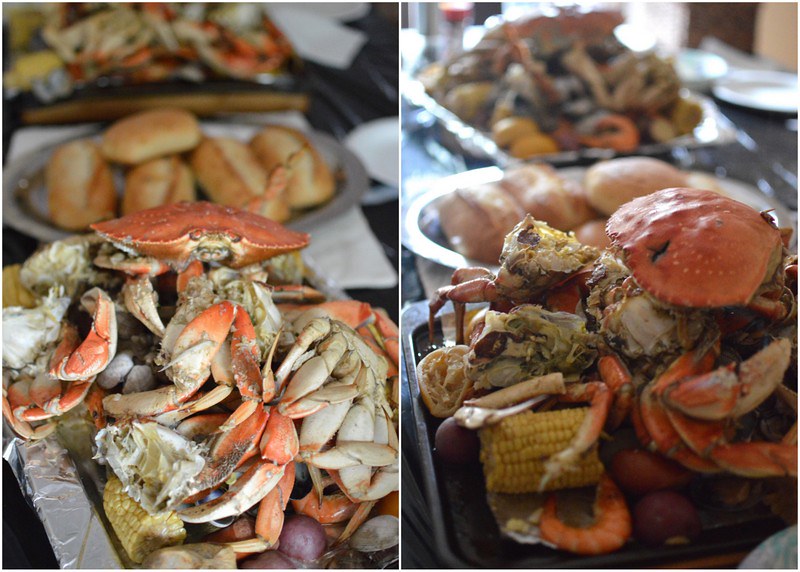 And you bet we sure as heck did! Totally natural–birthday celebrations and all.

Though no matter how full we are, there must be dessert! And with two birthday boys, we had to have TWO desserts. One made specifically for each of boys’ favorite flavors. 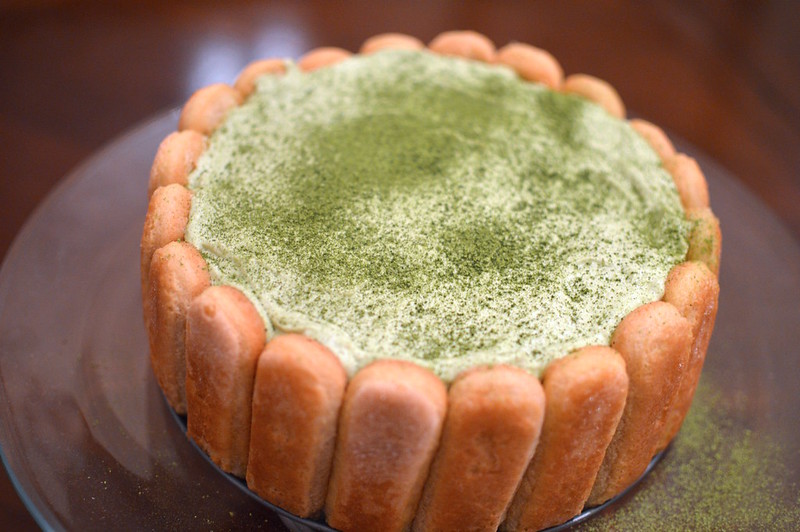 With Curtis, we went for the East Asian flavors because the man loves him some green tea! And after all these years, it’s become quite the challenge to make him a different green tea dessert. We’ve done Matcha Green Tea Icebox Cheesecake, Green Tea Souffles, and Matcha Green Tea Layered Cake filled with Matcha Mousse and the list goes on and on. 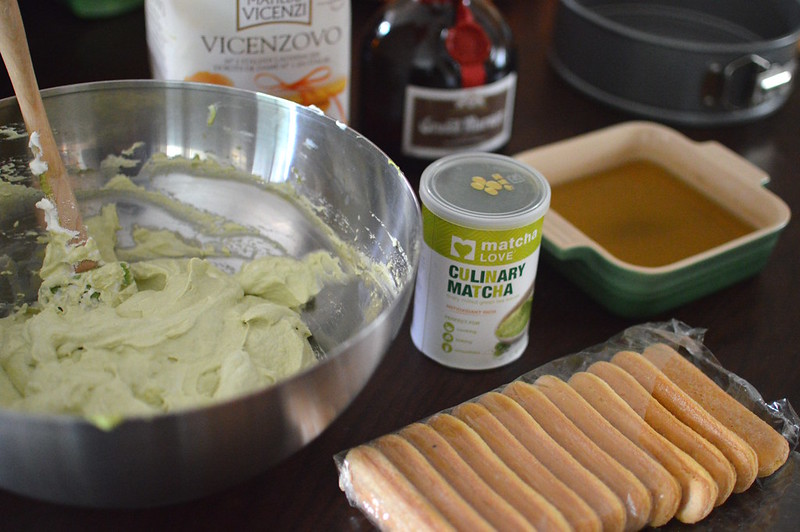 So after squeezing my brain to the core, I decided to make him a Green Tea Tiramisu–also known as a Matchamisu!

I used this recipe to make the fantastically easy and light dessert. I took packaged lady finger cookies and dipped them in a mixture of honey and a strongly brewed green tea. It was then layered with a fluffy filling of whipped mascarpone cheese, egg yolks, sugar, clouds of whipped cream and of course, matcha powder.

Oh! Did I mention that I threw in a few splashes of Grand Marnier? It is a type of tiramisu after all. 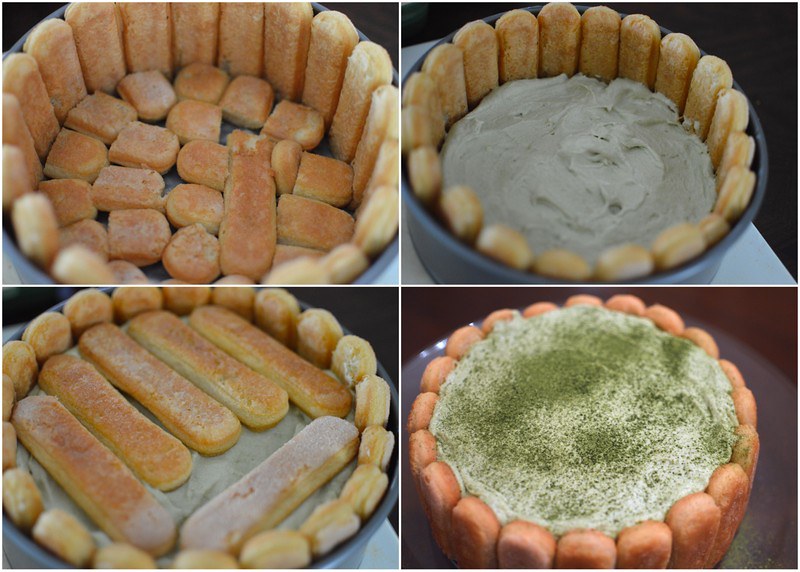 It was a WINNER!

Not only was it crazy easy to pull together but it was so well flavored and light. Birthday boy gave me the stamp of approval! So much in fact, that I’m making a bunch of individual sized Matchamisus for his big birthday bash this weekend.

Better start thinking about his next year’s green tea dessert! 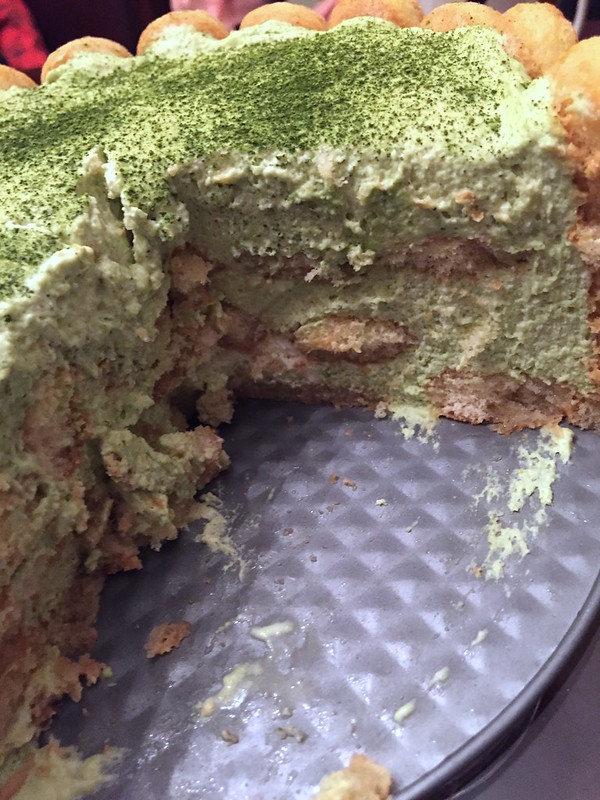 As for Lucas’ dessert – my nephew being MY nephew, LOVES ice cream — mint chocolate chip ice cream. And like me, if it’s isn’t green mint chip then we want nothing to do with it.

So as a nod to the “Pacific Northwest”, I made our little guy a Baked Alaska — something I’ve never attempted before. And guess what? It was really easy too!

First off, I used store bought ice cream (I know, I know–but I was short on time!) and let it set out for about 30-45 minutes to soften. I lined a large metal bowl with plastic wrap (for easy removal) and packed the ice cream in it. Then, I pressed a layer of brownie on top to form the base.

Lukey doesn’t like cake—we’re all a work in progress. 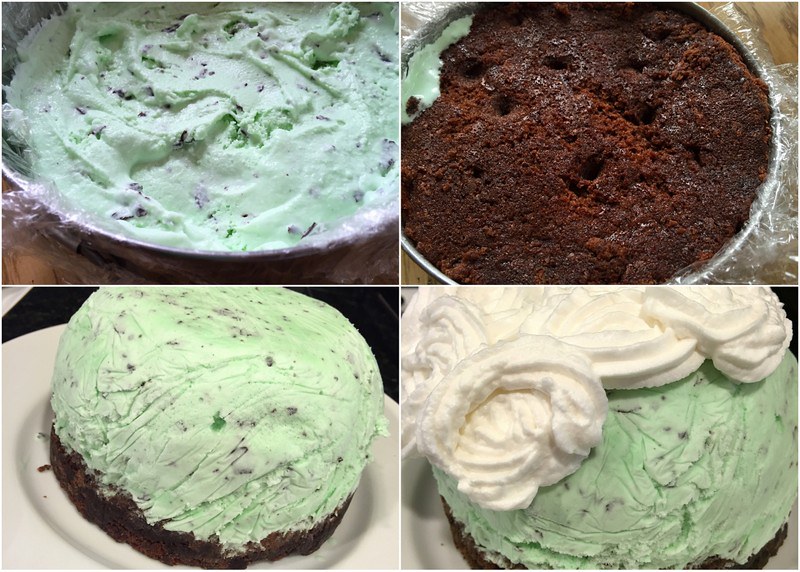 I covered the top with more plastic wrap and then let the whole thing freeze for several hours. When it was about time to serve, I took the bowl out of the freezer and set it on the counter while we got to making the meringue.

In a stand mixer with the balloon whisk attachment, I whisked up 2 large egg whites, 1/2 cup sugar, 1-2 pinches cream of tartar and 1/2 teaspoon vanilla extract and until stiff peaks formed.

We then inverted the bowl onto a plate, piped meringue rosettes all over and then brought out the torch. 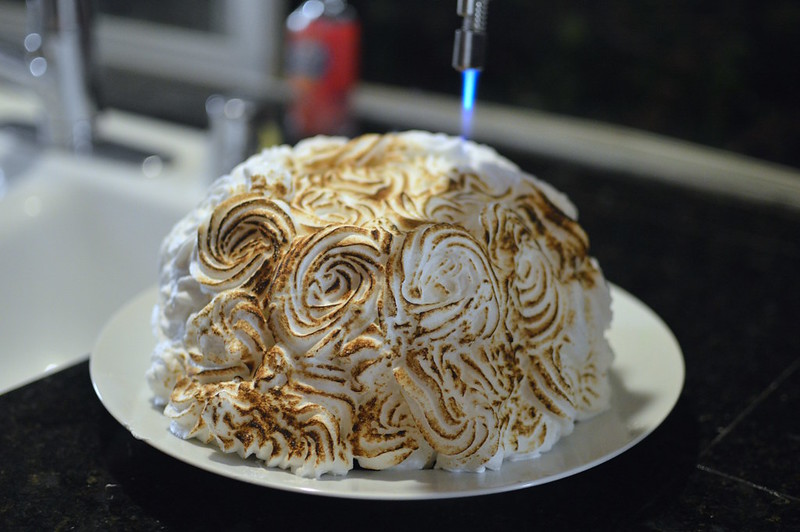 Most Baked Alaskas, well—are baked. But instead of placing the whole thing in a high heat oven, I opted to use a kitchen torch. I felt more comfortable with this method for a more even browning.

I think it all came out beautifully well. Fluffy-marshamllowly meringue, VERY green ice cream and a chocolately brownie base. 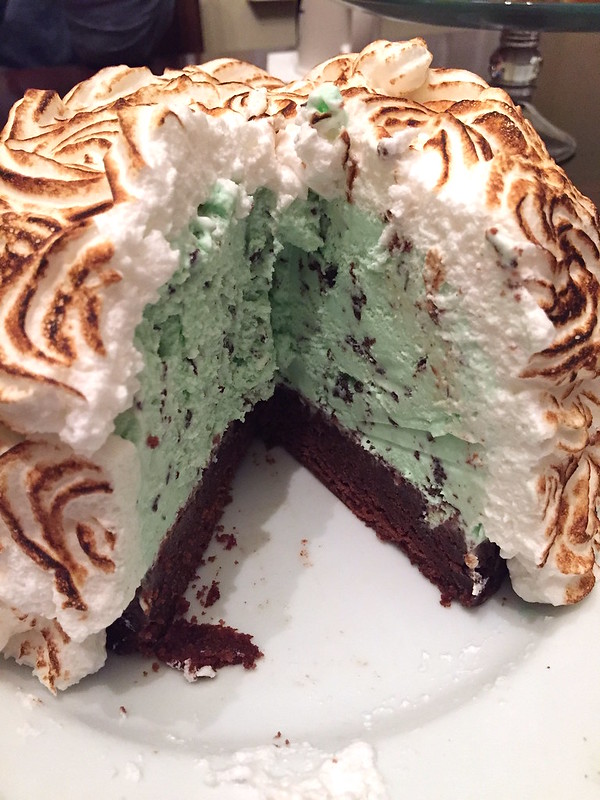 It got a thumbs up from this adorable birthday boy….

And if you follow me on Instagram, then you would have saw a video of Lucas face planting into his dessert plate–on his own volition!!! 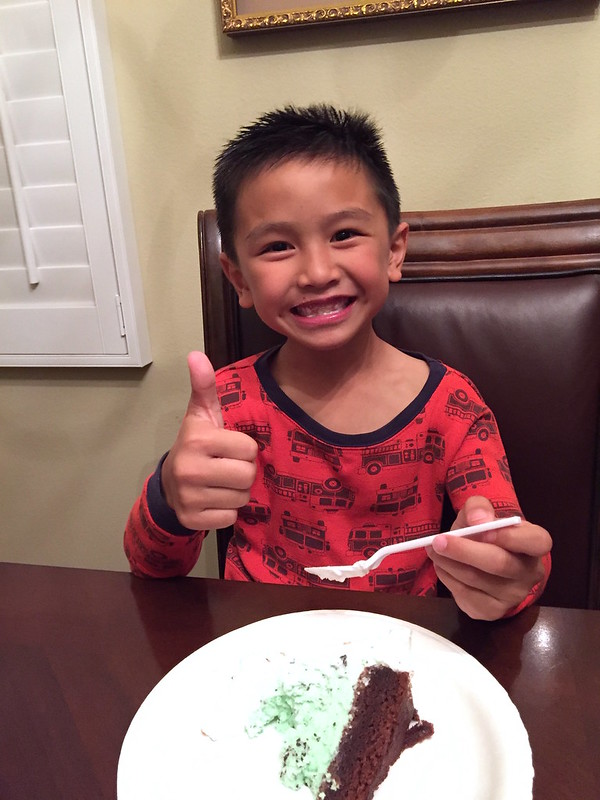 Another delish and FUN Family Dinner in the books!