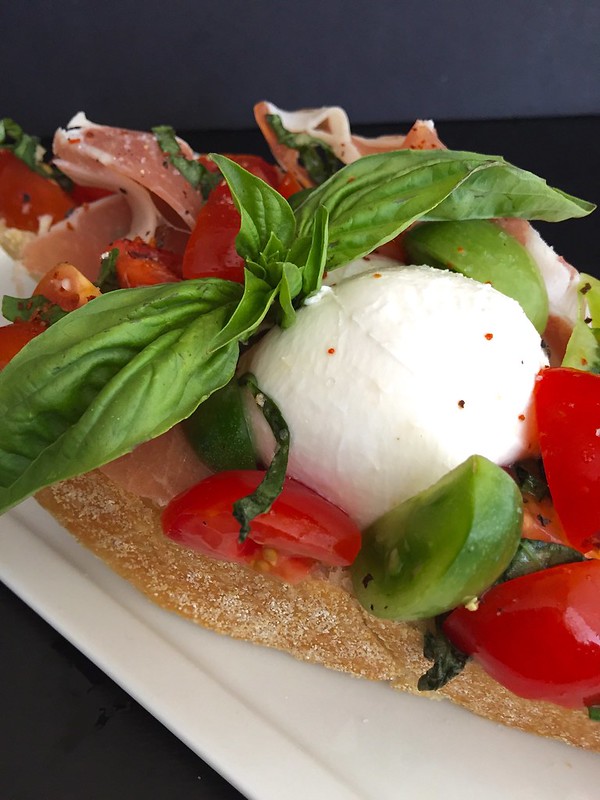 If you pop by mi casa in the summer, you’ll always find the kitchen stocked up on fresh basil, sweet tomatoes, cheeses and charcuterie. They are my absolute go-to ingredients during the warmer months when produce is beautiful at my local farmers markets. 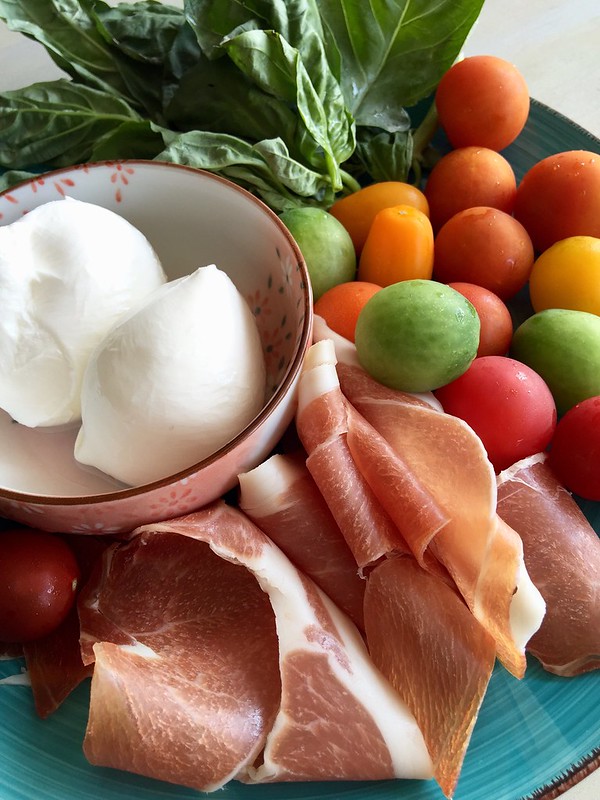 That’s when I crave bright and fresh dishes that are relatively low fuss to make but still pack tons of flavor. Which means my summer lovin’ romance with Caprese kicks in again….. 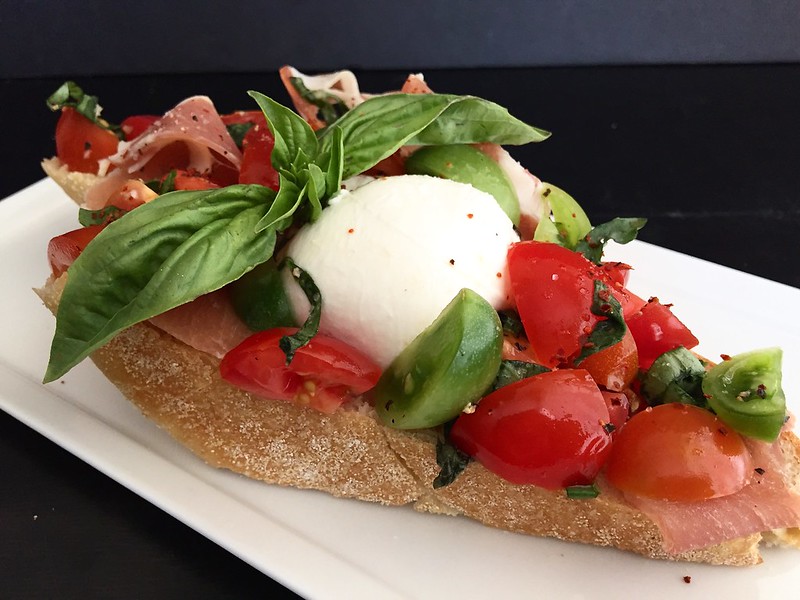 Typically caprese consists of sliced tomatoes, sweet basil and fresh mozzarella. But these days I’ve been swapping out my usual Mozzarella di Bufala with Burrata.

Burrata is also a soft Italian cheese that looks like fresh mozzarella but friends, it’s more—so much more! The exterior is made from mozz’ but then it’s formed into a round pouch and filled with a luscious mixture of cheese and cream.

It’s rich, decadent and yet somehow light at the same time. I know–magic, right? 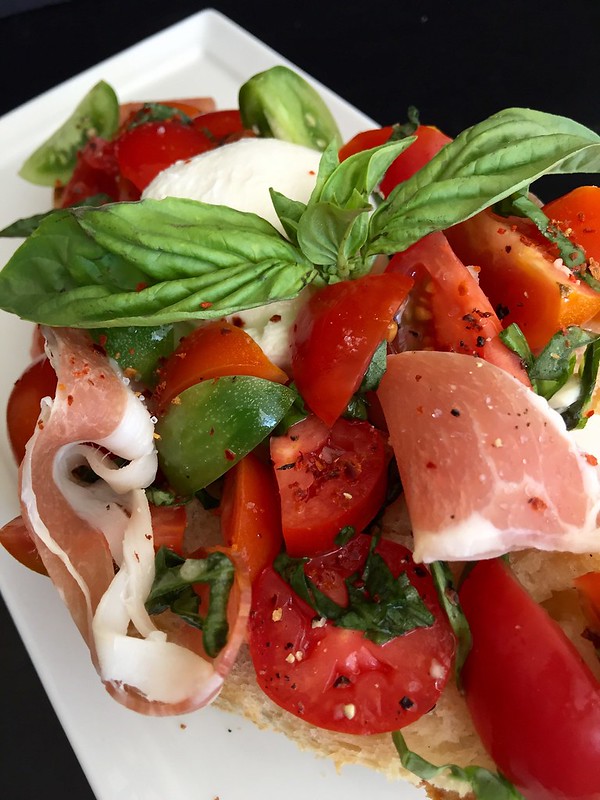 So magical that I’ll be sharing three different ways that you can enjoy this flavor combo. And you can be sure as heck that I added prosciutto to the party!

This is the simplest of the three dishes that I’ll be sharing but I’ve got to be honest, I’ve made this at least 2-3 times a week for the past month. I’m a gal out of control but trust me–it really is that good!

Check out that cheesy goodness! 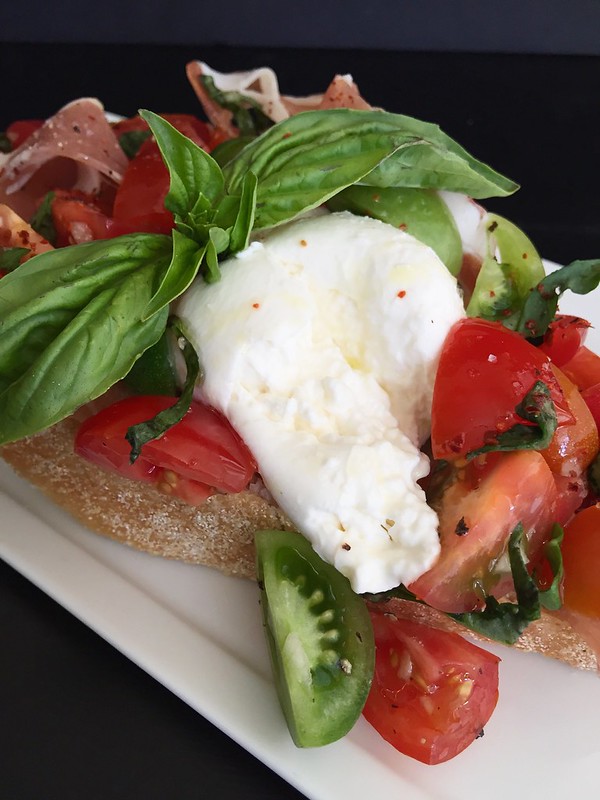 I like serving this on a large slice of baguette as a main dish—protein, veg, cheese and carb. Major food groups, right?

Though if you prefer to go with the appetizer route, serve them as crostini on smaller “crusts of bread”. That bite would definitely pack quite the punch.

Just be sure to have a chilled glass of vino to go along with it all. 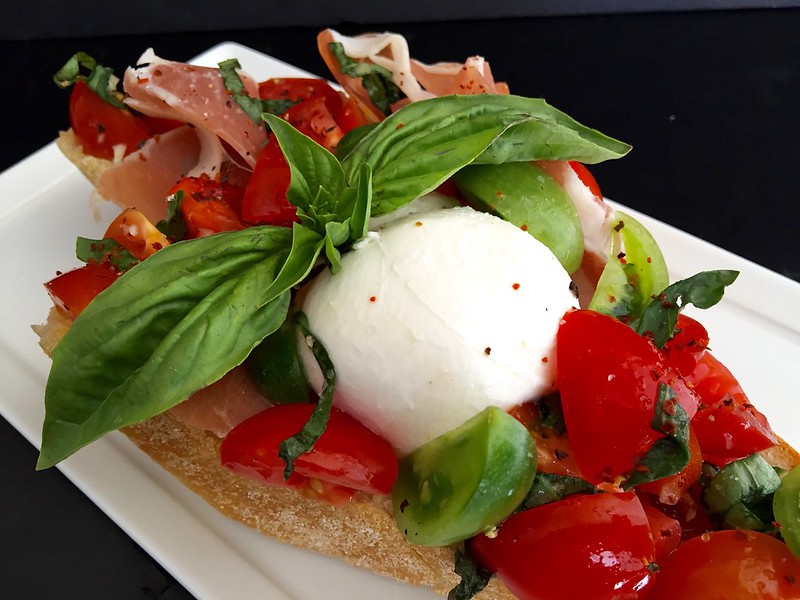 Stay tuned—Burrata Caprese Bucatini  is up next!

Brush both sides of the baguette slice with olive oil and broil in the oven until golden brown.

Taste the tomato mixture and add additional kosher salt and black pepper as needed. Pile the mixture on top of the toasted baguette slice. Top the with the burrata cheese and torn prosciutto.

*If I can find them, I like using small heirloom tomatoes as they are often times sweeter but Romas or other ripe tomatoes are just as delish.