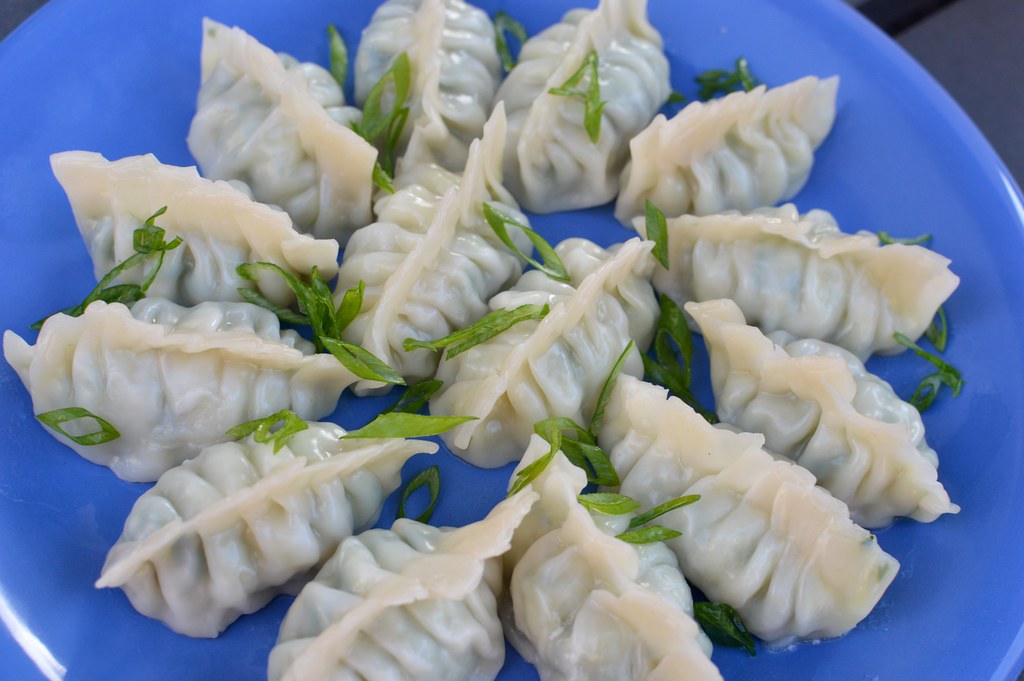 They were one of the gajillion dumplings I had made for my Lucasaurus’ bday Fam Din.

It’s only fitting. He’s one of the generals in my Dumpling Army after all. 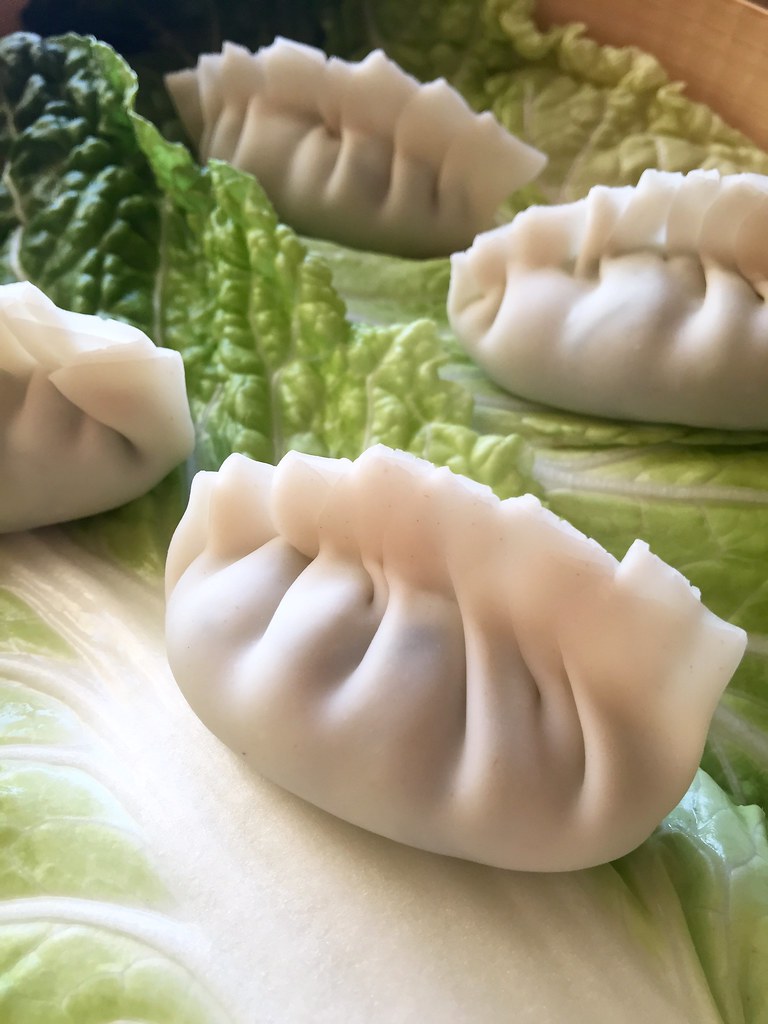 Since the other dumplings were filled with either pork or chicken, it was a no-brainer that a seafood version had to join the party. I opted for a combo of shrimp and scallops but really, you can use anything you’d like.

And a perfect pairing to seafood are Chinese Chives — also known as Garlic Chives. Chinese Chives have a flavor that is a mix between scallions and onions –and they are HIGHLY aromatic. 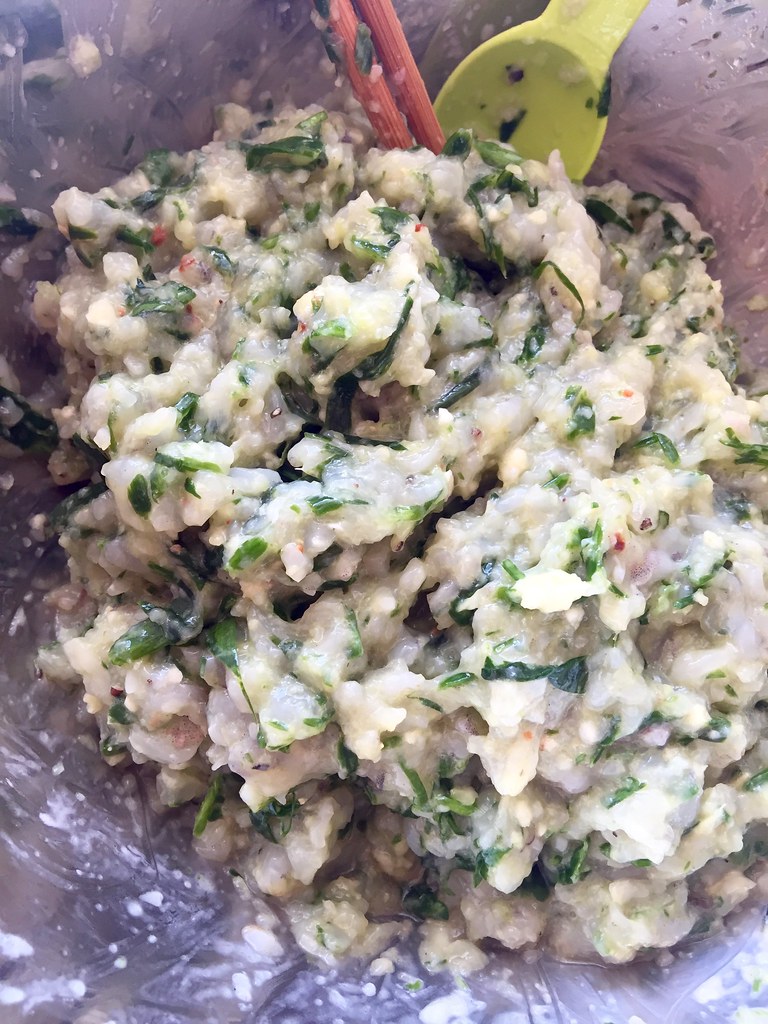 I use pre-packaged skins for these Seafood and Chinese Chives Dumplings and prefer the Shanghai style wrappers. I like their thinness and color once cooked. 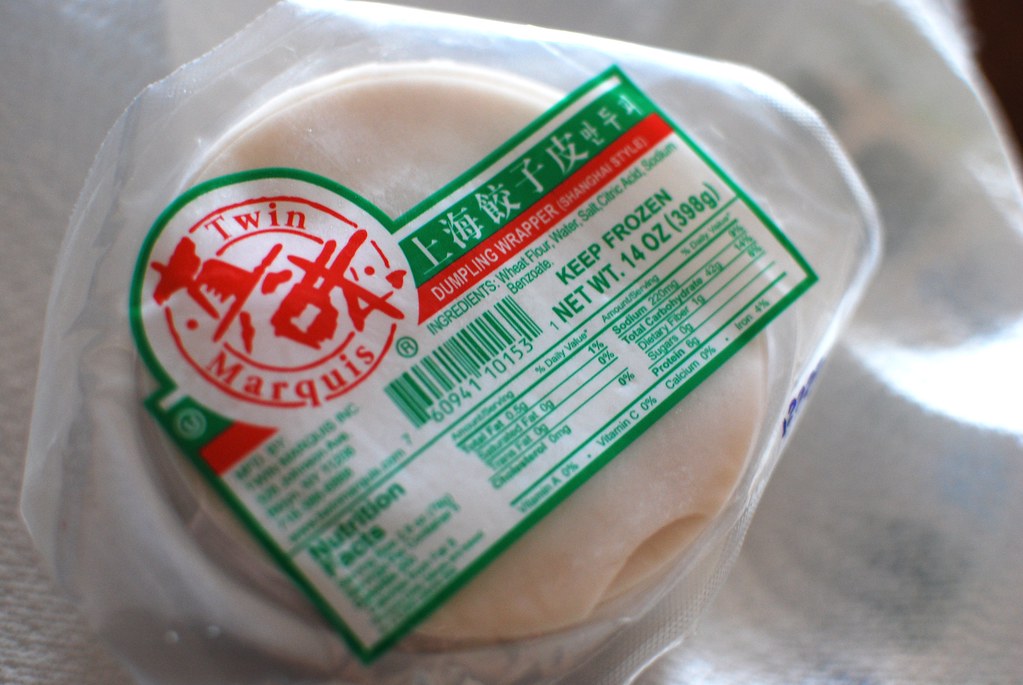 I usually have a few packages tucked in my freezer for those times when I’m inspired to restock my dumplings stash. 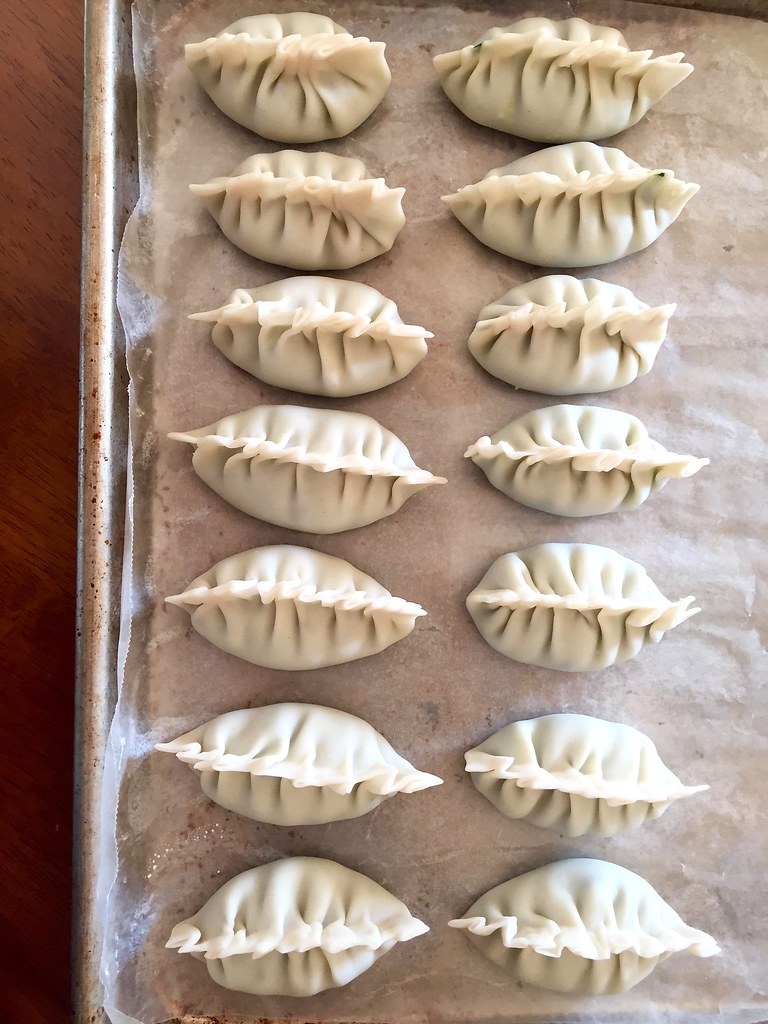 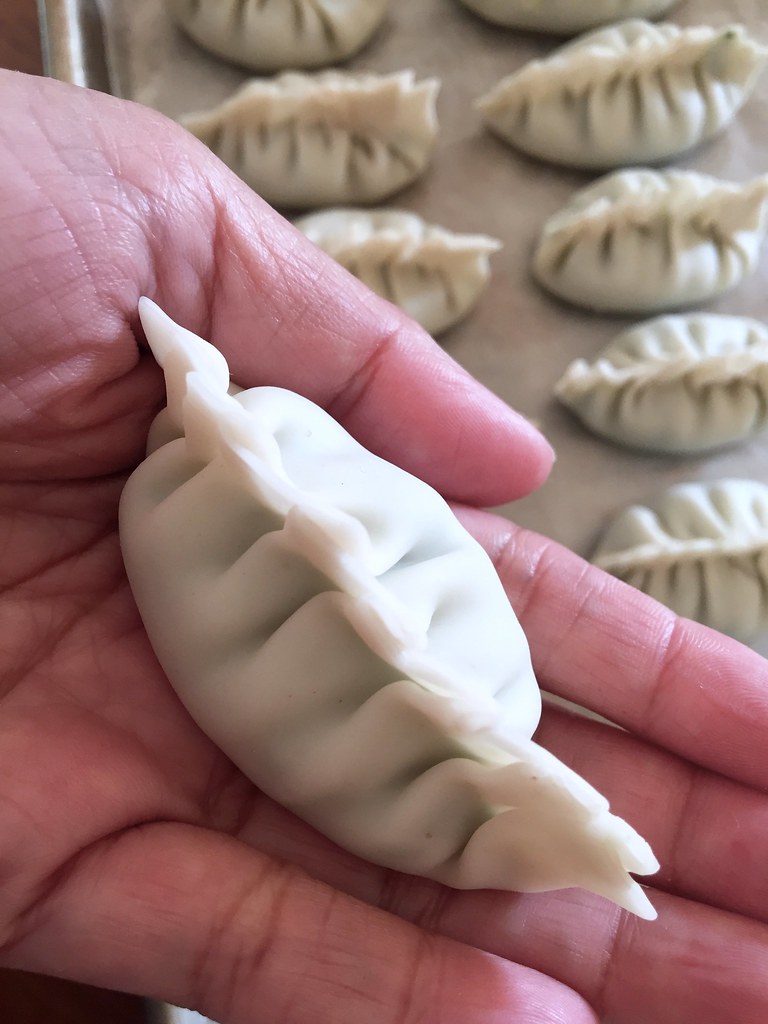 Delicious — however you see them. 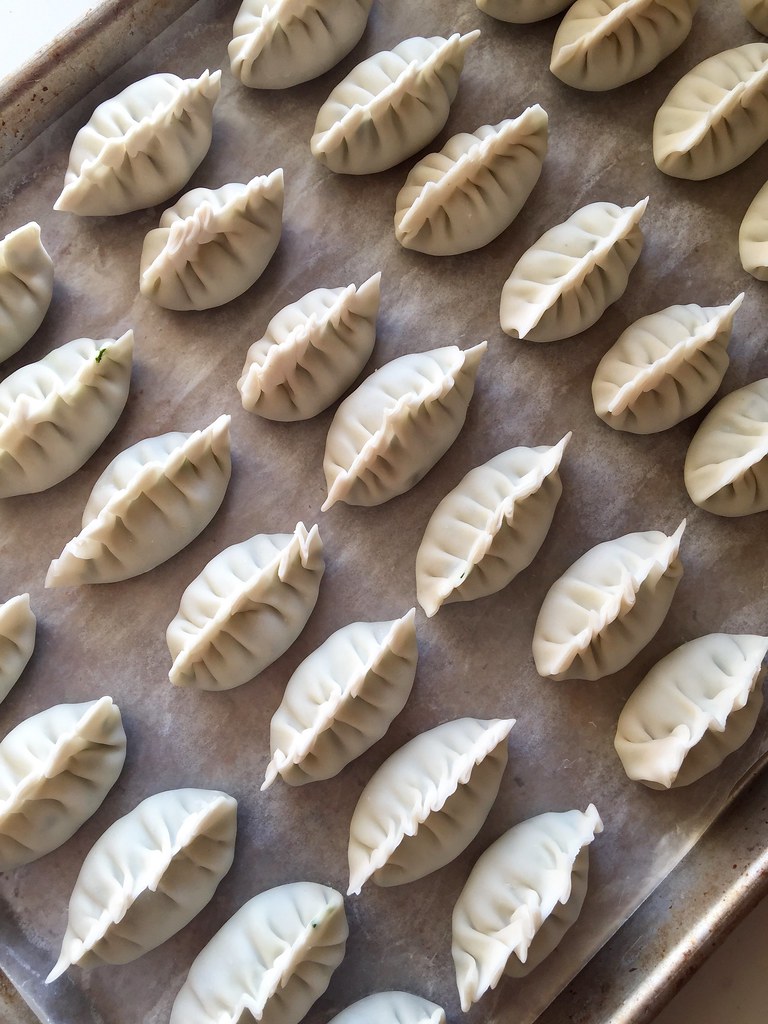 When it’s time to cook them, just line a steamer with either cabbage leaves…. 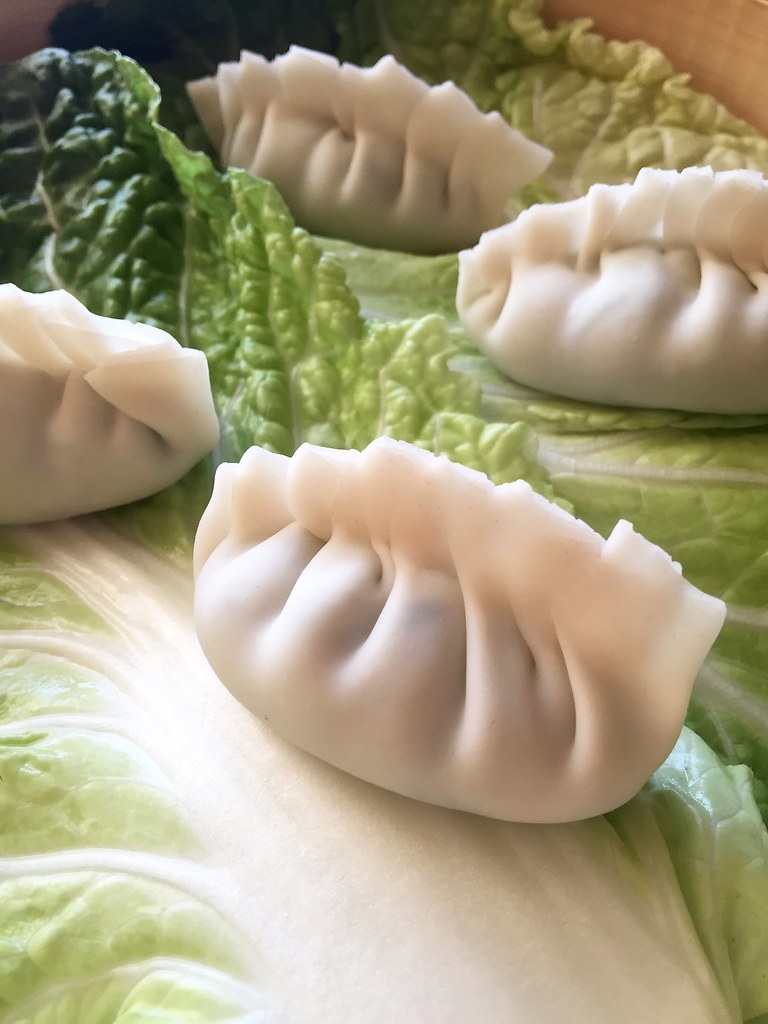 …or sheets of parchment paper with holes cut into them. The holes allow the steam to vent through the levels and cook the dumplings through. 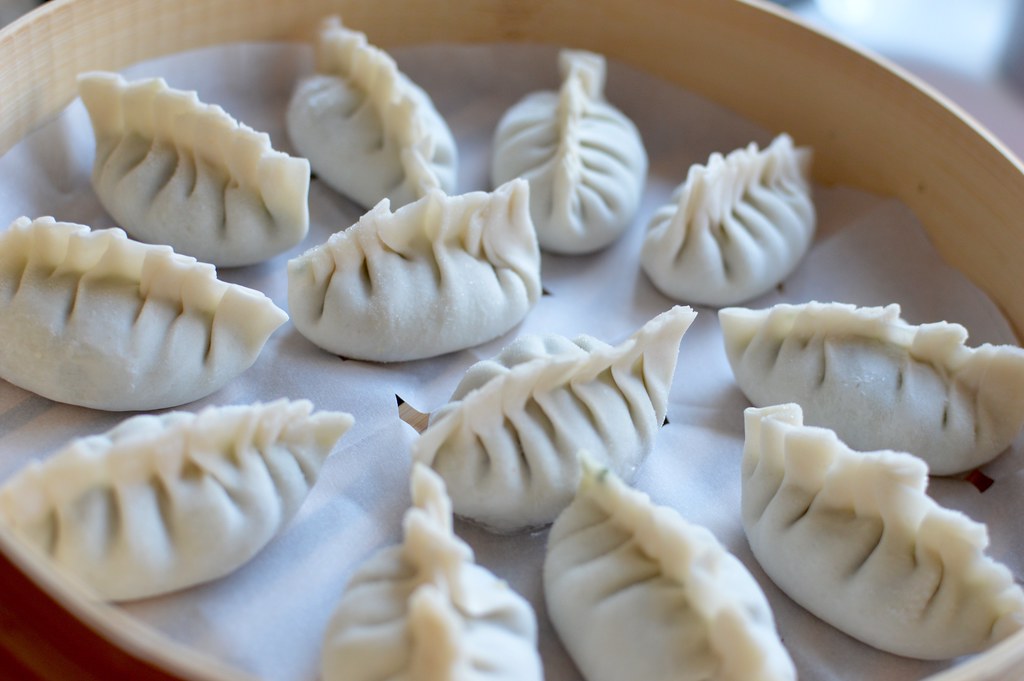 After about 8 minutes – voila! 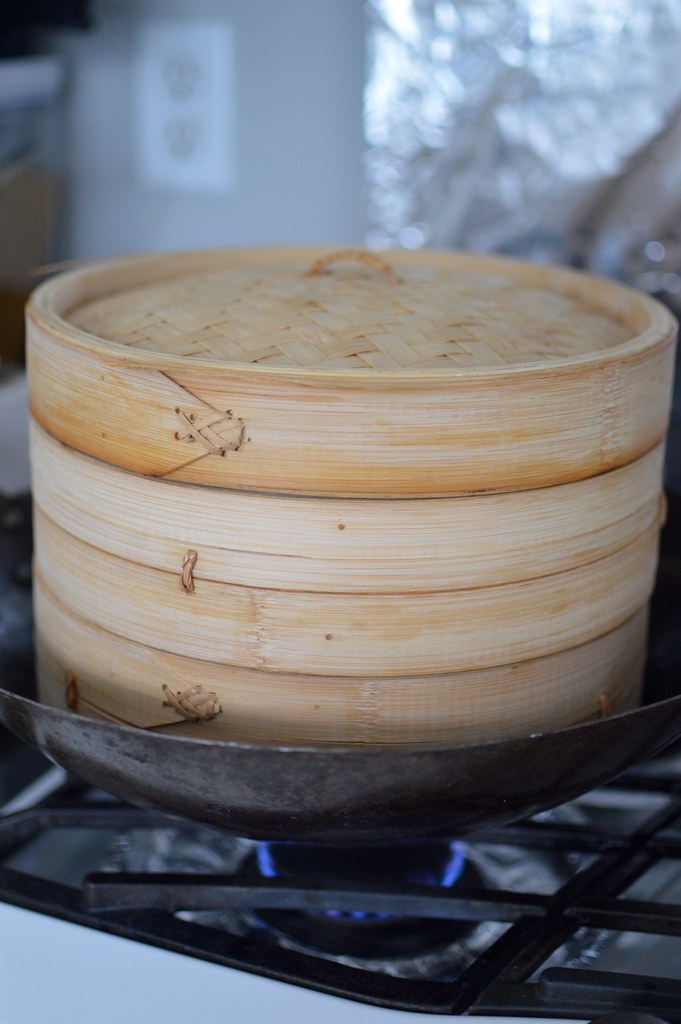 Super juicy, plump and perfect when dunked in the soy-vinegar-chili-sesame sauce I’ve included below. 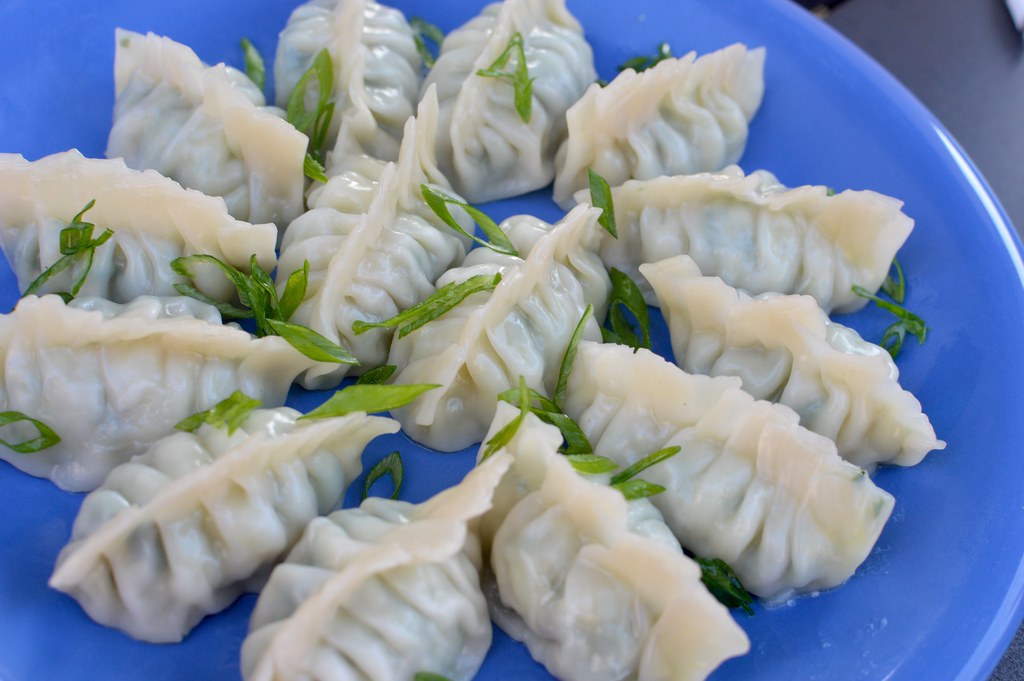 Place the chives, ginger, garlic and shallot in a food processor. Pulse several times until all of the ingredients have broken down and become roughly the same minced texture. Add the shrimp and scallops. Pulse until the seafood is chopped but not so much that it turns into a paste – you still want some pieces for texture. Add Shaoxing wine, soy sauce, fish sauce, sesame oil, sugar and peppers. Pulse just until the ingredients have combined. Note: You can also due this all by hand but I love the convenience of using a food processor.

Whichever method you choose, place the filled dumpling on a baking sheet and continue until all the filling/skins have been used. Arrange the dumplings in a steamer (lined with cabbage leaves or parchment paper) and steam for 8-10 minutes.

While the dumplings steam, whisk all of the ingredients together for the dipping sauce and set aside.

Once the dumplings are steamed, transfer to a platter and sprinkle the scallions and sesame seeds on top. Serve immediately with sauce. ENJOY!

*If you would like to freeze the dumplings, place the baking sheet directly into freezer for 4-5 hours after you have assembled them. Be sure that the dumplings are in a single layer and are not touching each other. Once the dumplings have froze, you may transfer them to a sealed container. They can be kept in the freezer for a few months and should be cooked frozen. Add 1-2 additional minutes to the cooking time when steaming the dumplings.*

One thought on “Seafood with Chinese Chive Dumplings”