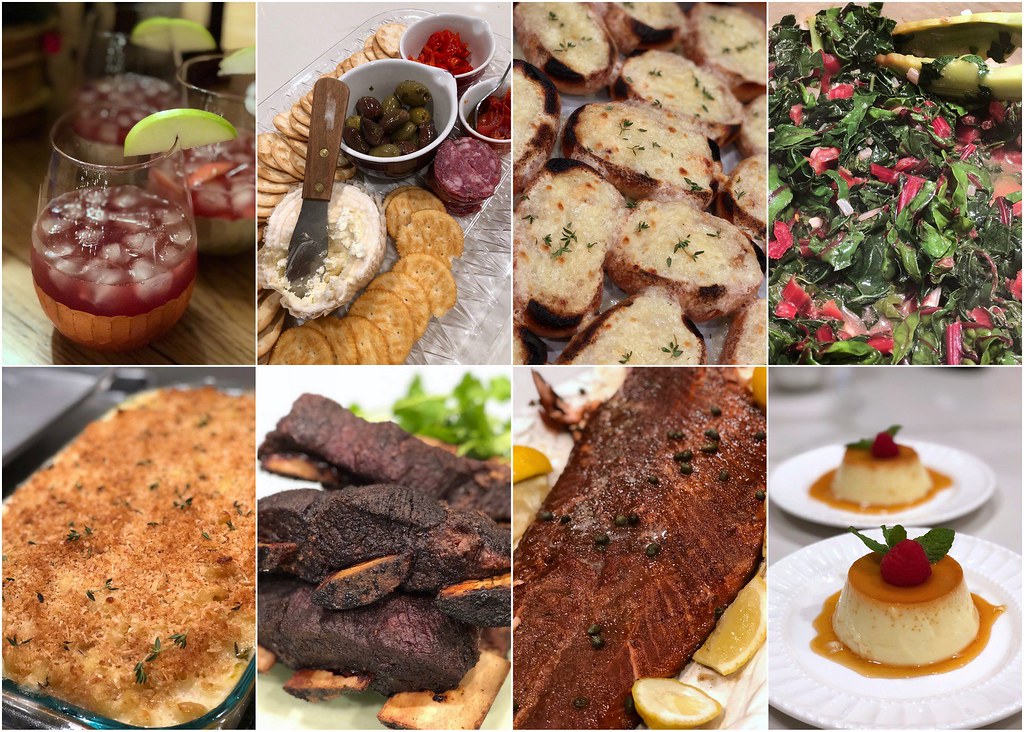 Ever since brother got a Traegar Grill/Smoker, we have been living the glorious all-the-smoked-goodness life! So it was no surprise that for his birthday family dinner, he volunteered to take on the entrees. Hey-I wasn’t going to argue with the birthday boy!

We quickly got the munchkins involved. Here’s Maya and Luna making a bechamel. I mean, what 12 and 8 year old doesn’t know how to make a bechamel??? 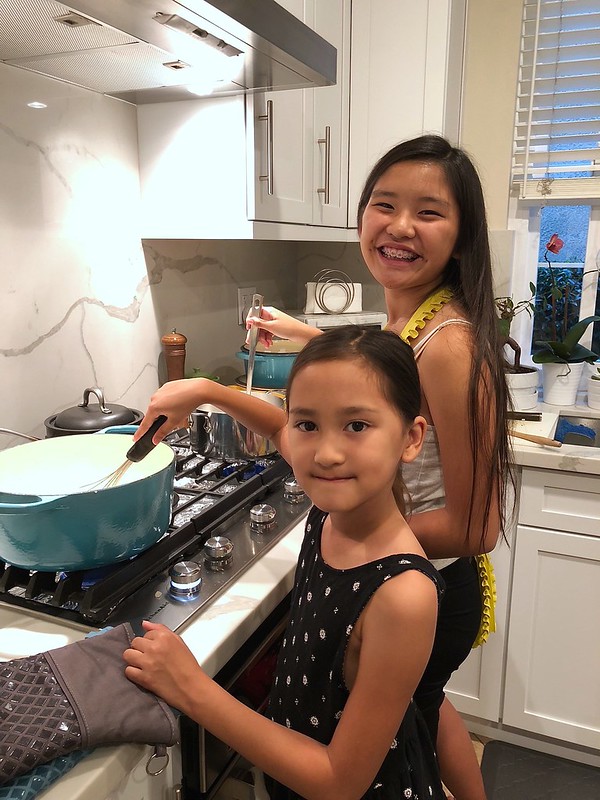 And of course, safety first when the rugrats are cooking. Good thing Bella and Princess Leia are such conscientious supervisors. 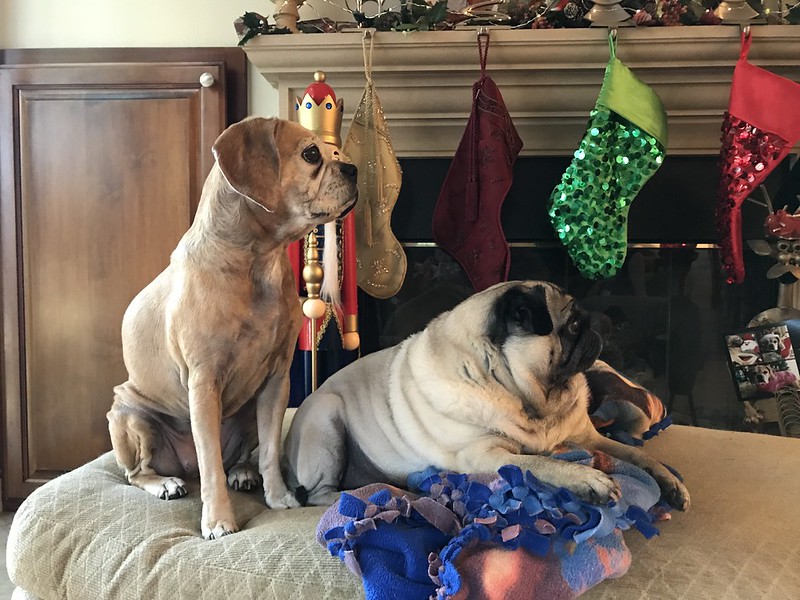 And while the kiddos went to town, I whipped up cocktails. Since brother is a whiskey and bourbon fan, I mixed up a batch of my Boozy Fall Punch (yeah…I’m a little late on posting this).

It had all kinds of autumnal things like bourbon, brandy, apple cider, pomegranate juice, blood orange soda, cinnamon sticks and chopped up fruit.

It was boozy. It was tasty. Mission Accomplished. 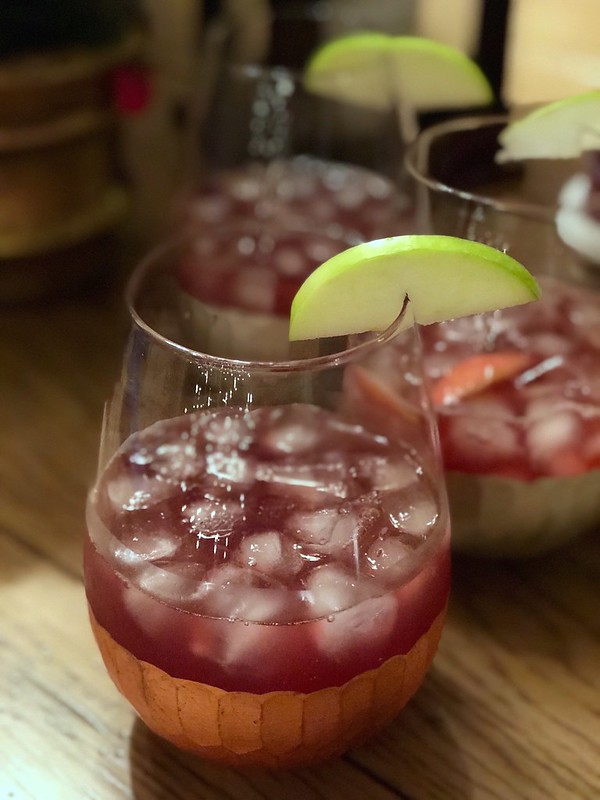 The cocktails packed a punch! So we noshed on a Charcuterie Platter….because you know how much we love our cheeses and cured meats!

I just realized the La Tur cheese from Murray’s below kind of looks like a mini-cheesecake. But trust me, it was la tur-rific! 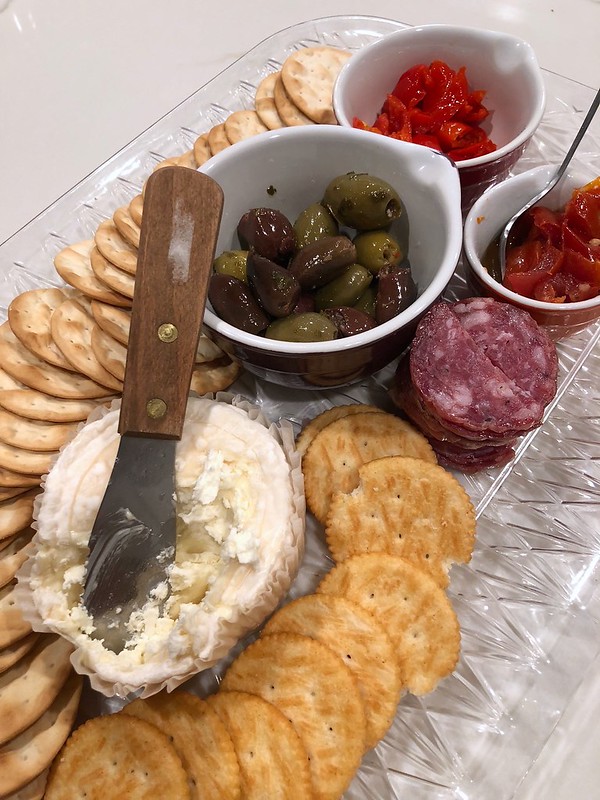 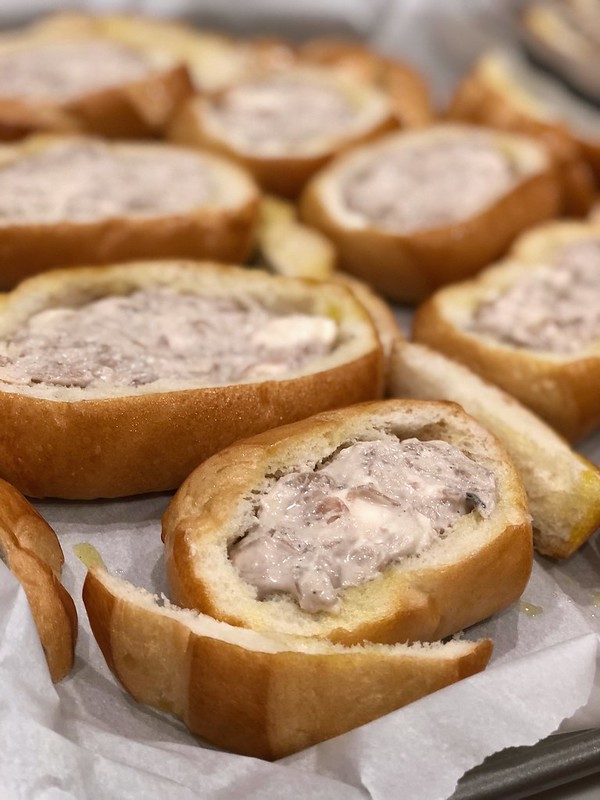 Think of French Onion Soup…but in dip form! And in its own little bread bowl! Brilliant!

And gosh darn it, it was scrumptious! 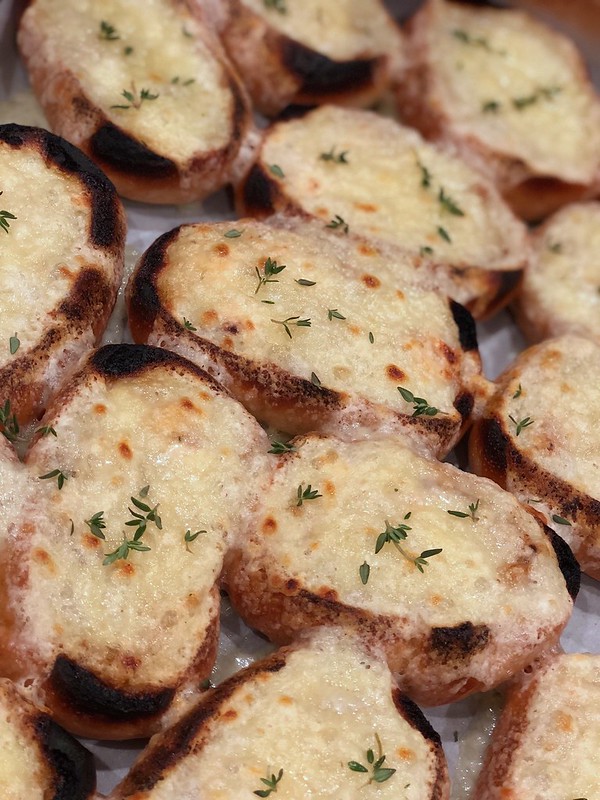 Quick cooking/eating break for a picture! 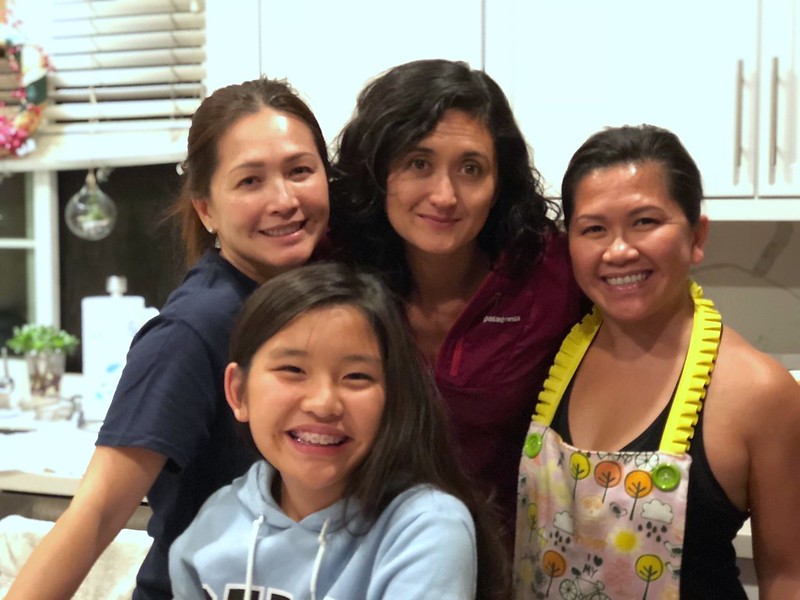 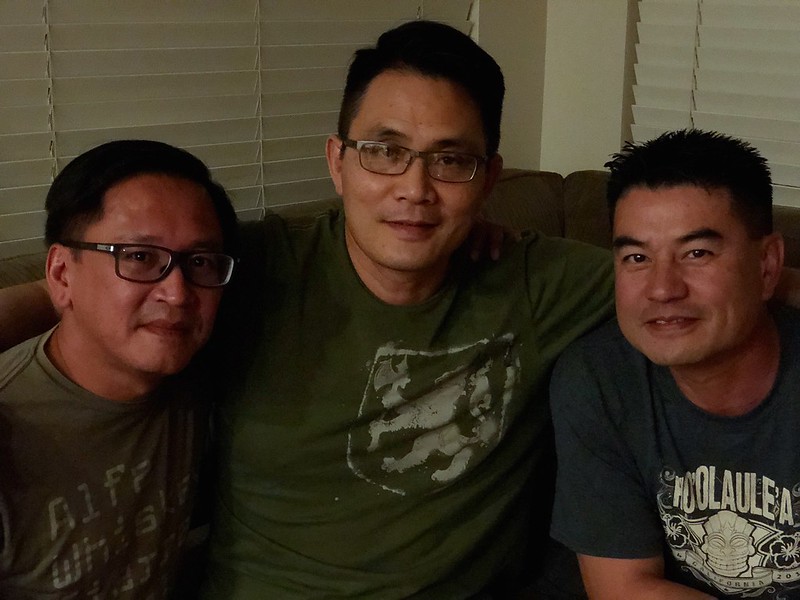 First up, brother smoked a ginormous side of salmon. I’ll be the first to admit, I don’t love salmon. I don’t hate it and I’ll eat it–but of the fishes, it’s not my fav. But when brother busted out this Smoked Salmon he smoked low and slow with mesquite wood pellets, I WAS ALL ABOUT IT!!

It was SUPER moist and had the lightest bit of smoke. The added capers and fresh lemon juice helped to cut through the fatty fish and it was perfect! 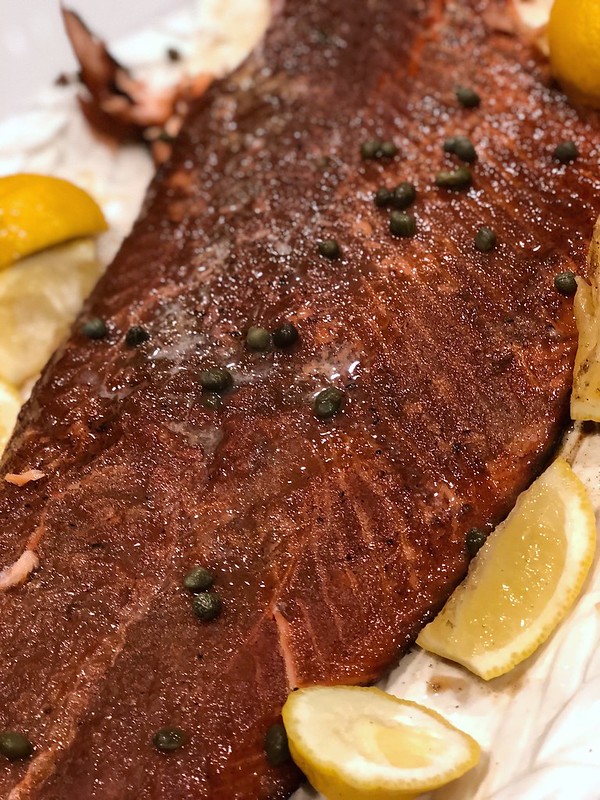 Not to be outdone by the aquatic beasts, he also did up a huge platter of Smoked Beef Ribs. 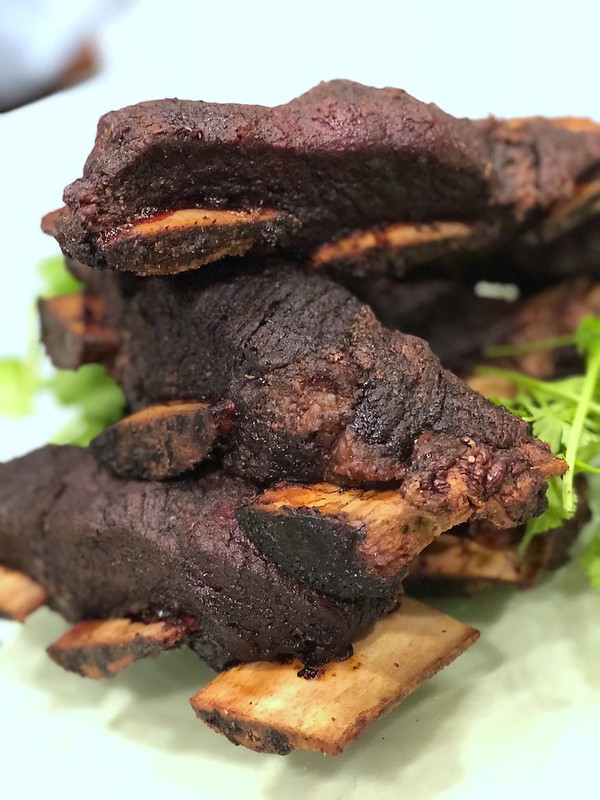 They were, they were….one word. 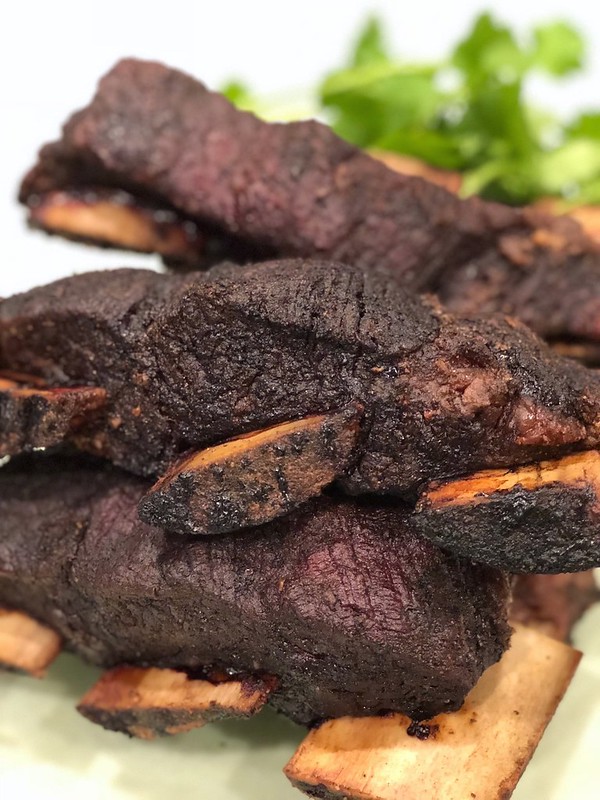 This time around, I was in charge of the sides. First up! Mac and Cheese!

And as you recall, I enlisted Maya and Luna to help out. No idea why N popped in…maybe to try to get in on the credit I suppose. That big seestrah of ours…. 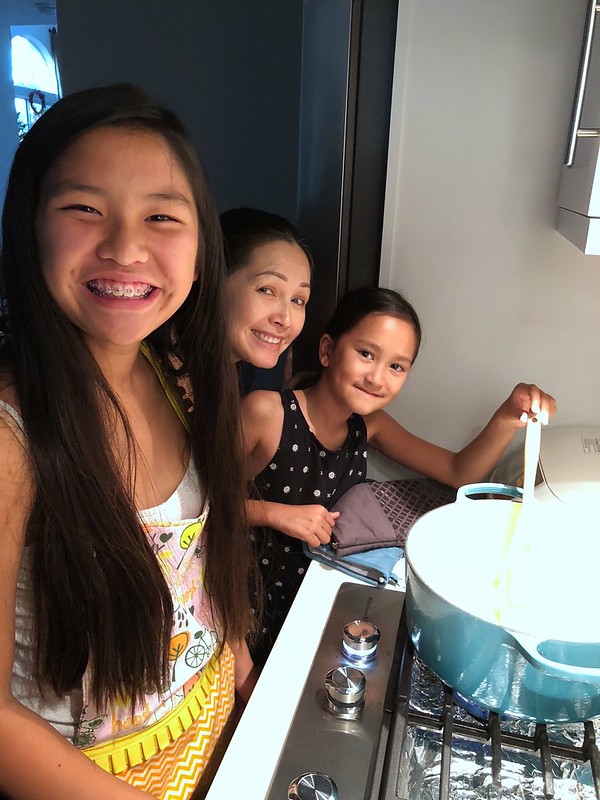 I make Mac and Cheese quite often but I was listening to a Bon Appetit Pod Cast on the way into work and decided to give their BA’s Best Macaroni and Cheese a shot.

Let me tell you gang, there’s a whole ton of various cheeses in this business — Fontina, Gruyere, White Cheddar and Parmesan. But I decided to go big and added Monterey Jack and Pepper Jack.

I mean, I didn’t want them to feel left out.

And instead of making Maya hand shred all the cheeses, we busted out the food processor. She was definitely pleased with that decision. 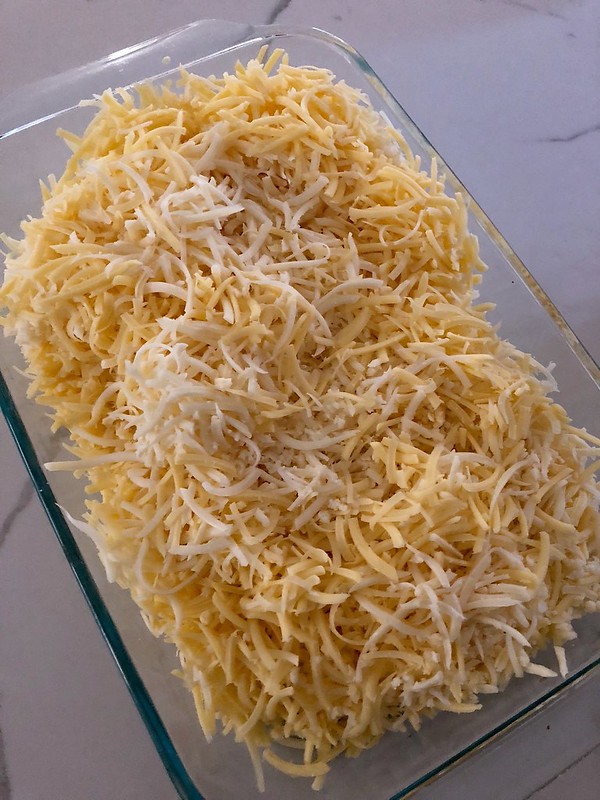 How did it turn out?

Ridiculously cheesy… but I guess 6 different cheeses will do that to a dish. But yes, I definitely recommend it. It’s quite easy to make and the end result is on point! 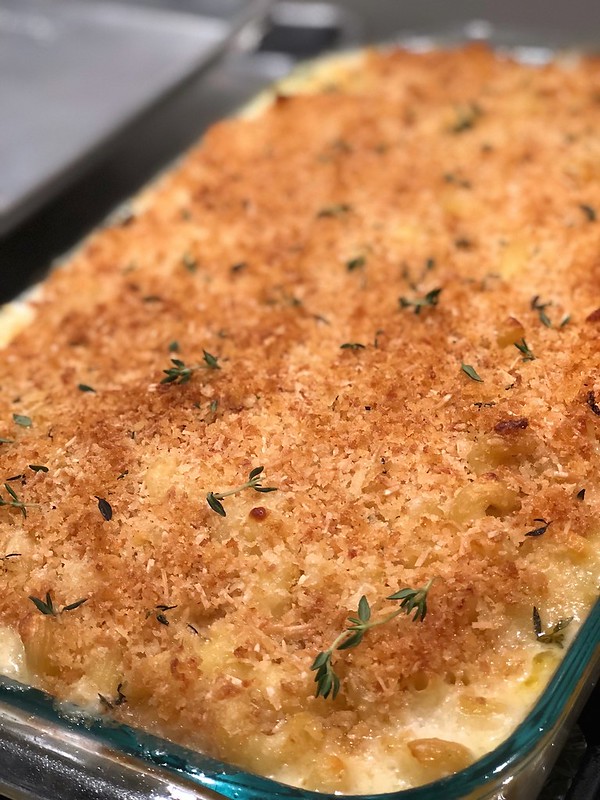 With all that protein and 200 pounds of cheese, I figured it would be good to have some veggies. So I pulled together a quick Sauteed Kale and Swiss Chard situation. I quickly sauteed some garlic, shallots and chili flakes in some olive oil and threw in a bunch of Lacinato Kale and Swiss Chard. After they were lightly wilted, I finished it with a douse of red wine vinegar to brighten things up. 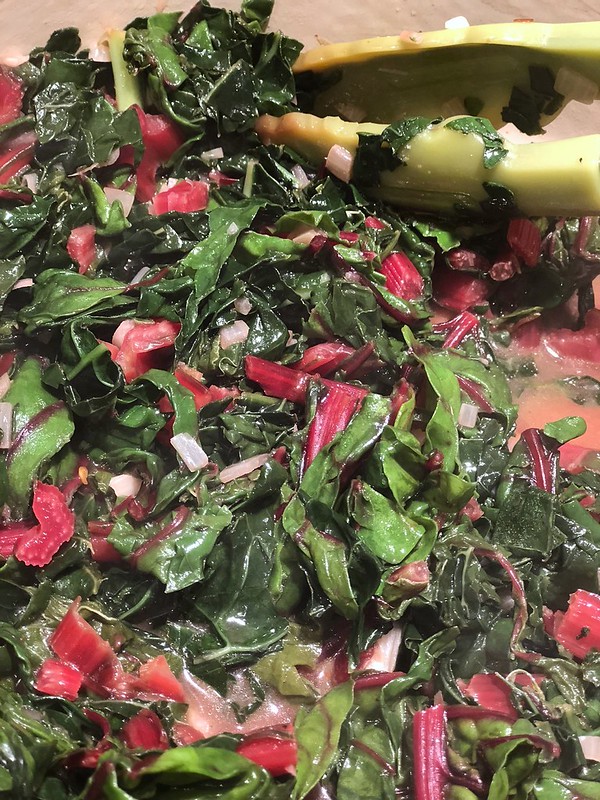 Before dessert, most of us cleaned up a bit and someone took a nap. Oh that Leia, she’s a reliable one.

And if you’re wondering what Bella was doing, I can only assume that she was upstairs ordering take-out while watching Minecraft videos on YouTube. 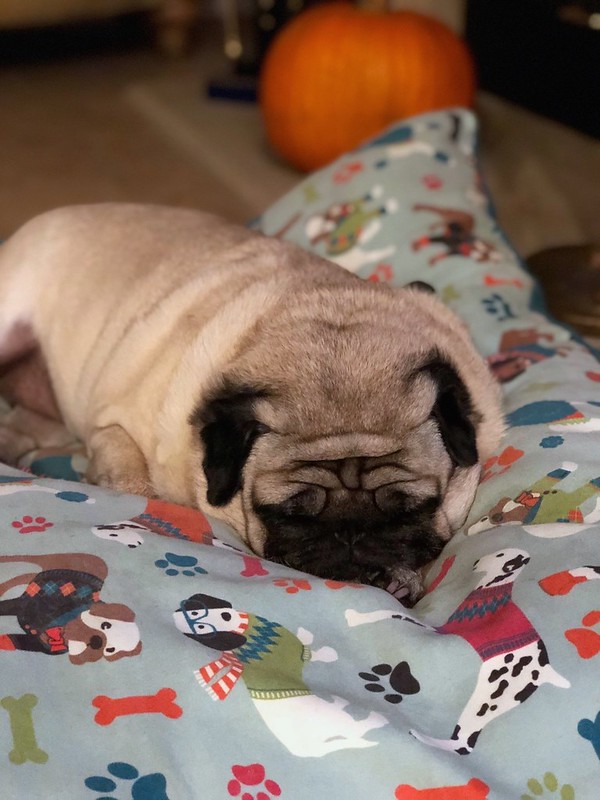 When we asked brother what he wanted for his dessert, he almost instantaneously replied “flan”.  And I’ve got to tell you, I was surprised. I’ve known him all my life and had no idea that the man liked flan that much!

Seester N’s F.I.L. has a great flan recipe so we immediately tasked her with the job. She used these cute ramekins to make individual sized flan. 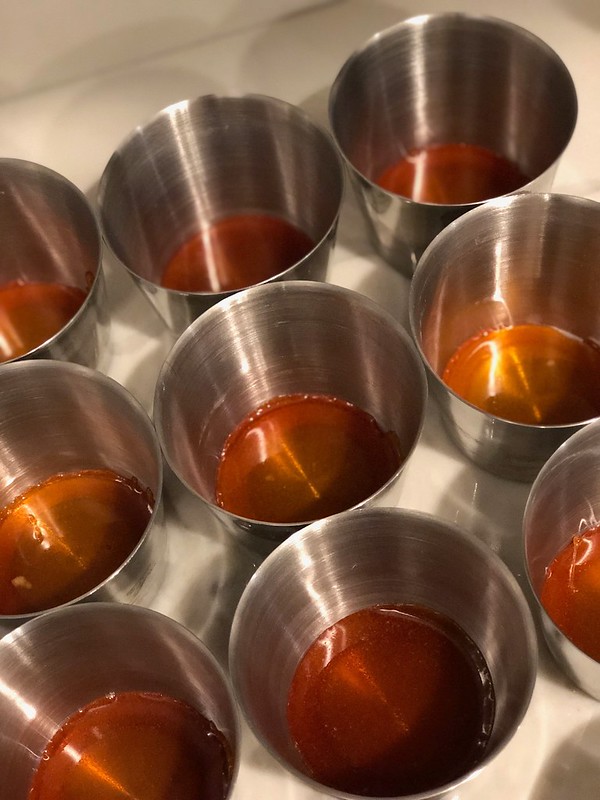 And to kick things up (it was brother’s bday after all), she spiked the adult flans with rum!

The Creamy Rum Flan was perfect! Creamy (I know, it’s in the name), light and was the most delectable finish to our meal! 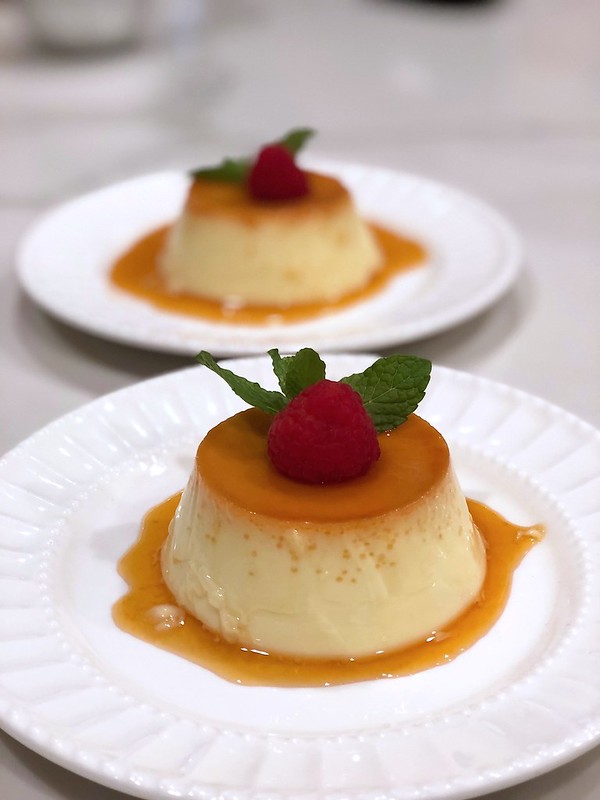 Here’s one of the munchkins caught in the act….we do pass on great habits, right? 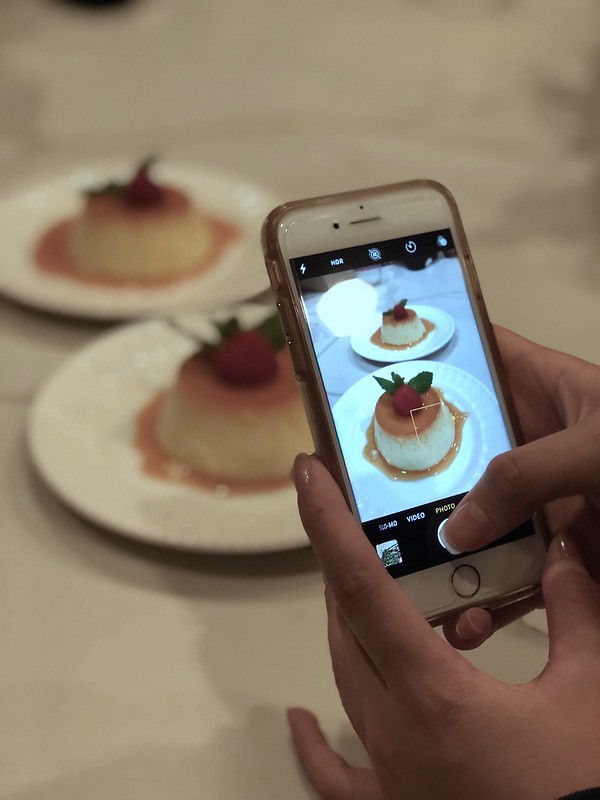 And with that, brother’s Family Dinner was a wrap! Here’s to you V! ❤ 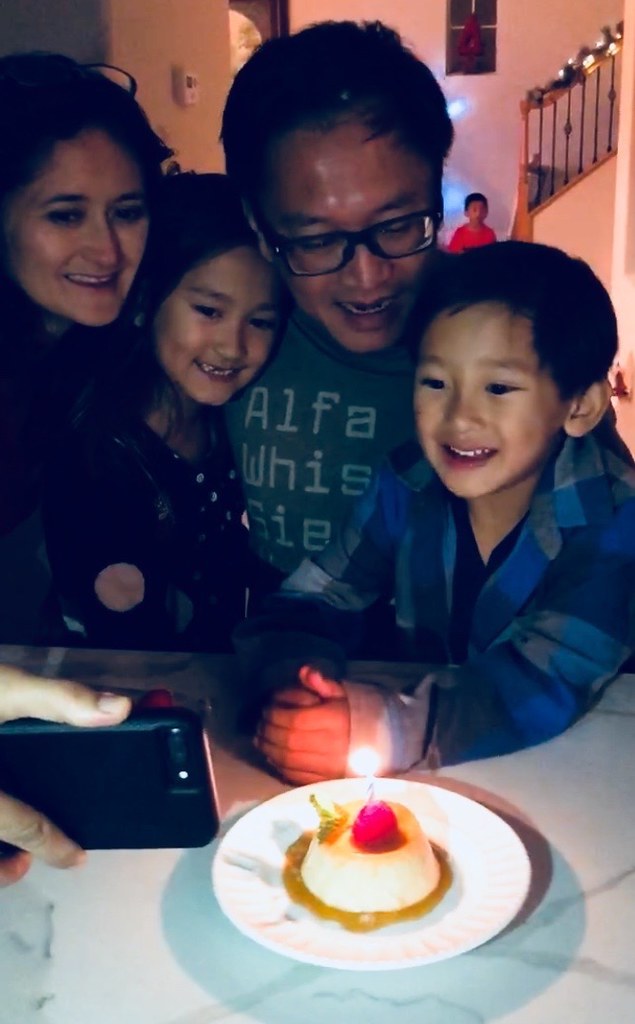 3 thoughts on “All the Smokey Goodness..and Then Some!”